A Nigerian man has pretended to be a naval officer before proceeding to harass other officers on duty in Lagos. 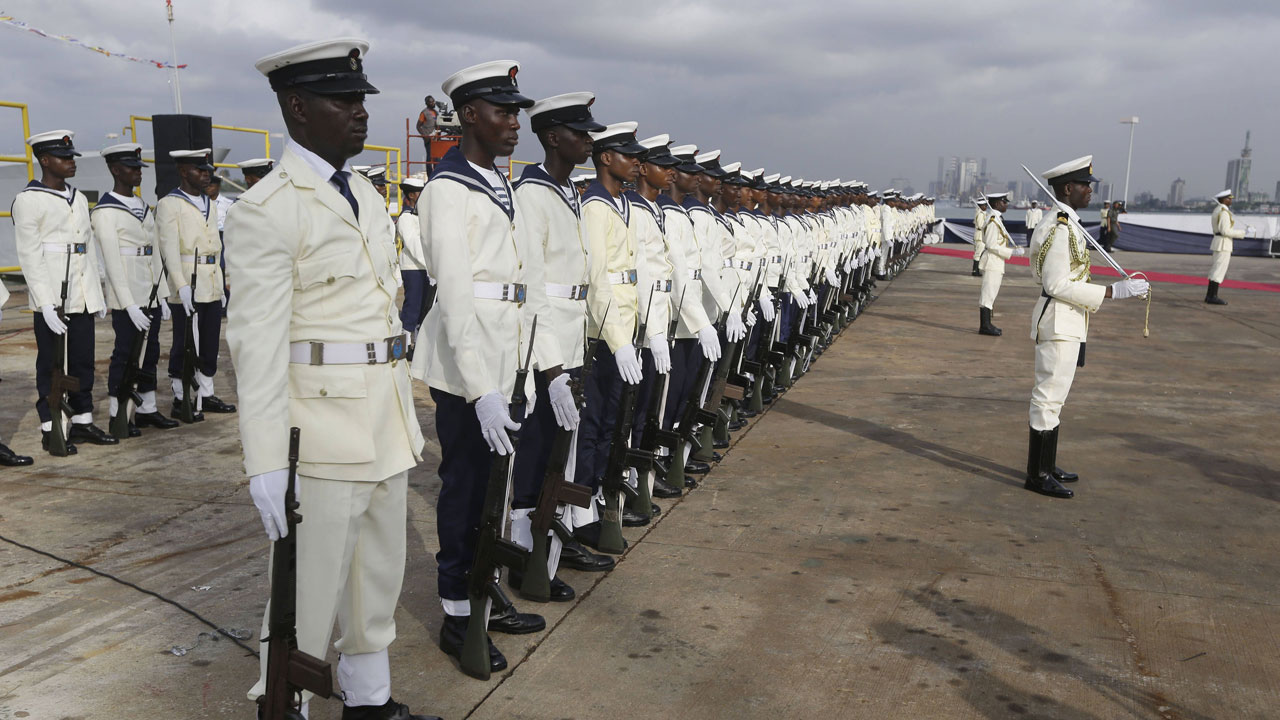 File photo: Naval officers
The police on Wednesday arraigned a 60-year-old man, Martins Anyakoro on in a Badagry Magistrates’ Court in Lagos State for allegedly posing as a Naval officer, NAN reports.
Anyakoro was charged with two counts of impersonation and breach of peace.
The Prosecution Counsel, ASP Clement Okuoimose, told the court that the defendant committed the offence on June 13 at 6:30 p.m, at the Navy Base FOB Badagry, Lagos.
Okuoimose alleged that the defendant paraded himself as Navy Captain at the base.
He said that the defendant also conducted himself in a manner likely to cause breach of peace by entering the Navy base and harassed officers on duty.
The offence, he said, contravened the provisions of sections 77 and 166 of the Criminal Law of Lagos State, 2015.
The Magistrate, Mr Aka Bashorun, admitted the defendant to bail in the sum of N200, 000 with two sureties in like sum.
He adjourned the case until July 10.
Top Stories