Kidnappers who collected N200 million ransom in the space of just six months, have made stunning confessions. 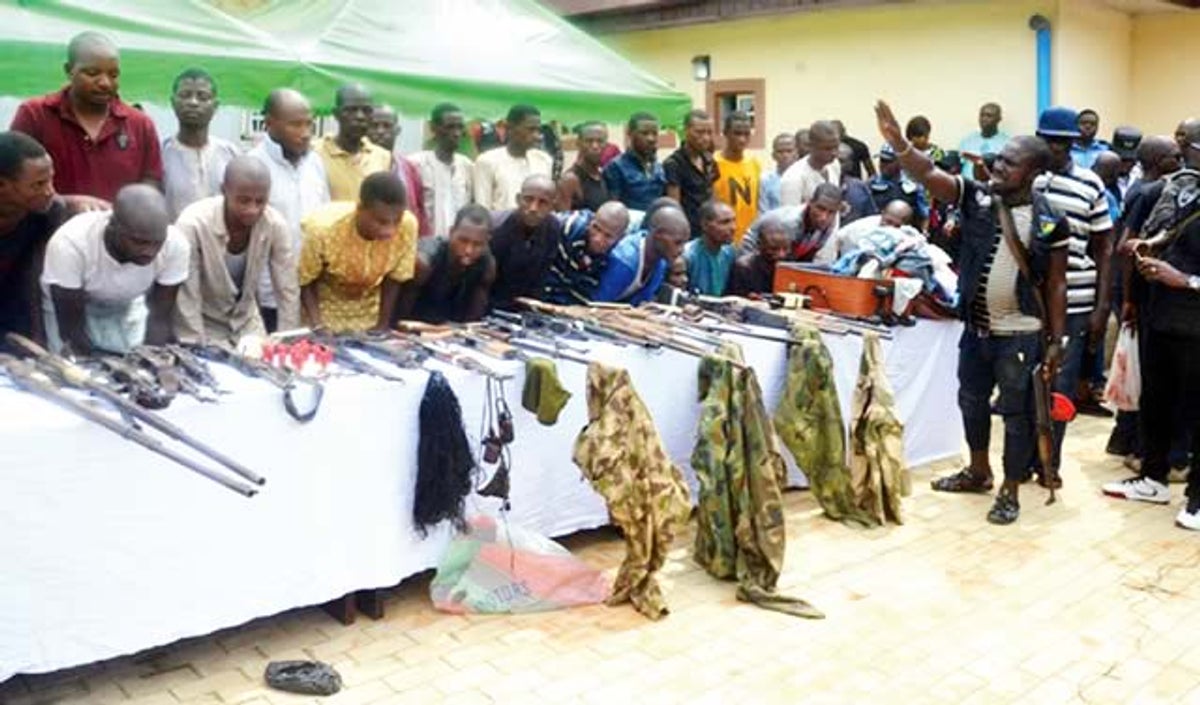 Suspected robbers and kidnappers arrested in military uniforms by SARS
being paraded at the SARS office in Abuja...on Wednesday . Photos: Olatunji Obasa
A suspected kidnapper, Abubakar Umar, has said he and  his colleagues collected over N200m in  ransom in the last six months, Punch Metro reports.
Umar stated that they preferred abducting expatriates from whom he had collected millions of naira in ransom.
The suspect, who was paraded in Abuja on Wednesday alongside 37 other suspects, explained that he once collected N100m cash in a kidnap operation.
He stated, “My job is kidnapping and I operate mainly in Niger and Kebbi states. I operated  with my masters who operate in Sokoto. During one of the operations, we collected N100m  in ransom. We did another operation in Oyo and we realised N50m.
“I participated in six kidnap operations. We kidnapped a Chinese  and he paid N9m without a problem before he (victim) was released.”
Umar also said he made N4m from another kidnap job and another N500,000 in Kebbi.
“For the one in Niger, I kidnapped and collected N4m. After that, I was contacted by an informant who gave me another job and I realised N4m.
“I got another job in Kebbi where we collected N1m. Another victim we kidnapped didn’t have much money but he was able to pay N500,000 before he was released.”
Force spokesman, DCP Frank Mba,   said they intercepted 28 trucks containing 1,972 bags of grains and 208 bags of beans meant for delivery to kidnappers and bandits in some northern states.
He also disclosed that the police had devised strategies to stop weapon and food supplies to criminals.
He said, “Apart from intensifying efforts to mop up weapons,  we have also carried out strategies aimed at intercepting food delivery to the criminals.”
Top Stories