He is alleged to have killed a woman before using her chopped body to cook peppersoup. 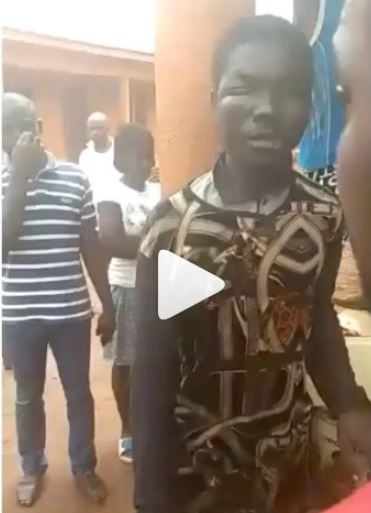 The suspect
A yet-to-be-identified Nigerian man has been beaten mercilessly after he was apprehended for allegedly killing a woman alongside his friends before using the chopped body parts to cook peppersoup which he sold to unsuspecting customers.
The suspect said to be from Calabar was attacked by the mob who questioned him on how he executed the dastardly act.
He was flogged, slapped and kicked many times as they questioned him after the bowl of peppersoup was discovered. 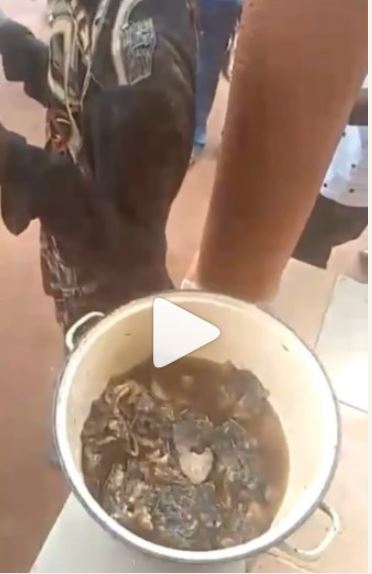 He was paraded by residents of the community, who questioned where he kept the head of the lady who was killed. He was thereafter forced to carry the pot used in cooking the deceased, as the residents of the area in Cross River State pushed on to nab other culprits linked to the crime. 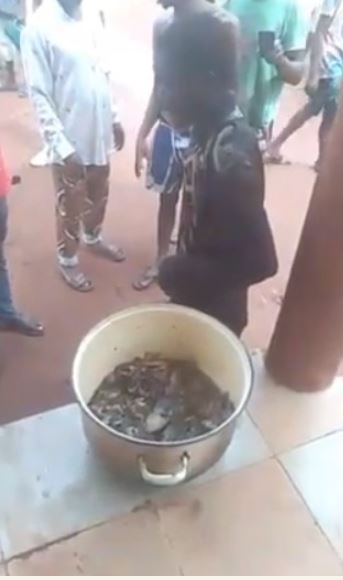