A Nigerian girl has ended up losing her boyfriend to another lady in a apparent bet on social media. 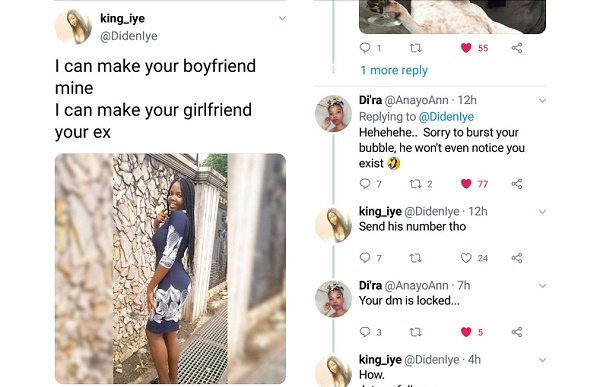 A soap opera of sorts played out on social media, on Tuesday, after a lady placed her boyfriend’s emotional loyalty to test — in what appeared to be a bet with another lady.
Didenlye, a beautiful Twitter user, had shared a sultry photo of herself with the caption “I can make your boyfriend mine, I can make your girlfriend your ex.”
Anayo Ann, another user, who seemed not to buy into Didenlye’s braggadocio, jumped on the tweet to boast about the faithfulness of Akin, her boyfriend.
“Sorry to burst your bubble, he won’t even notice you exist,” Ann replied — in what seemed to be her way of accepting the challenge.
Didenlye immediately got Akin’s phone number upon request. When she reached out to him, the conversation became interesting when Akin denied having a girlfriend. He further admitted to having fallen in love.
The event, which is typical of what plays out in films showed on Zee Cinema, a Hindi movie channel in India, has now dominated the conversation on Twitter.
While a segment of users are dragging Ann for asking the “cat to secure the fish” others think the whole incident was staged to gain traction on social media.
“Wait, guys, why is Akin to be blamed here? He saw an opportunity to take his shot and he did. I think the girlfriend is the one to take the fall here. She literally opened the door for another girl. Who does that,” a user said.
“This Akin story was clearly staged. All 3 parties included in the saga have their Twitter accounts displayed. They even dropped Akin’s twitter handle. Wtf! Who does that? Then the supposed girlfriend said she will drink sniper then changed her mind. You people don’t rate us,” another user said.
Here is what some Nigerians had to say: 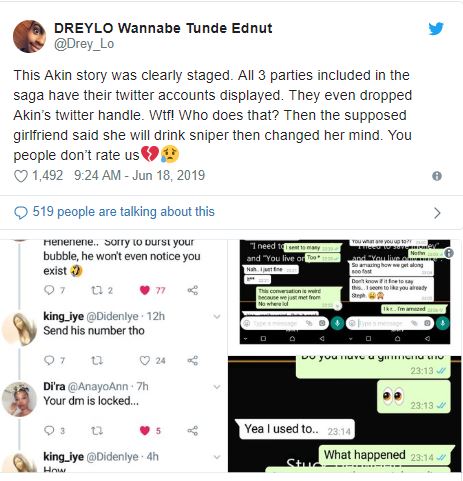 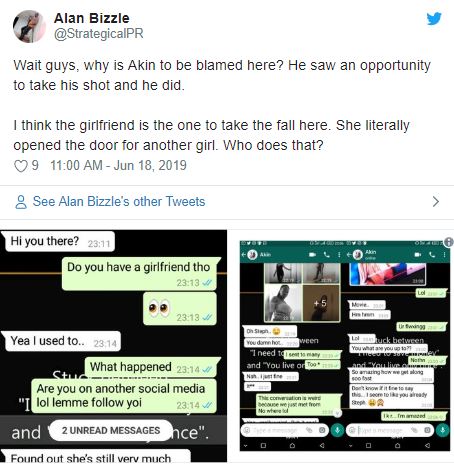 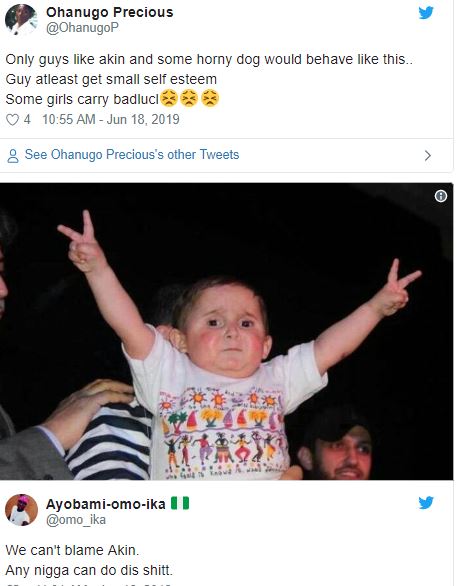 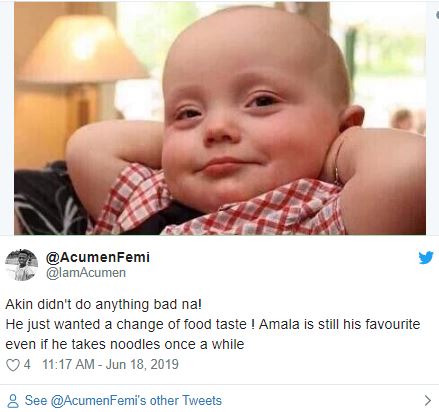 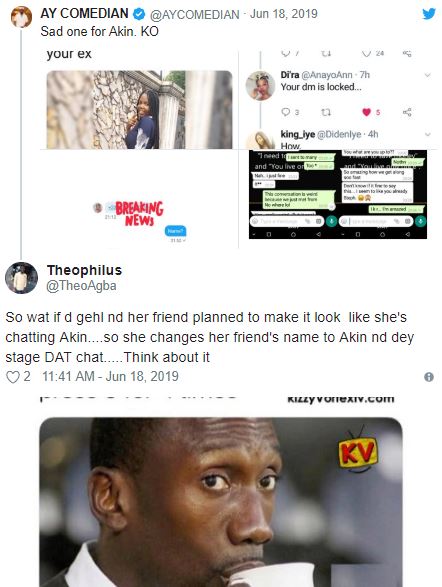 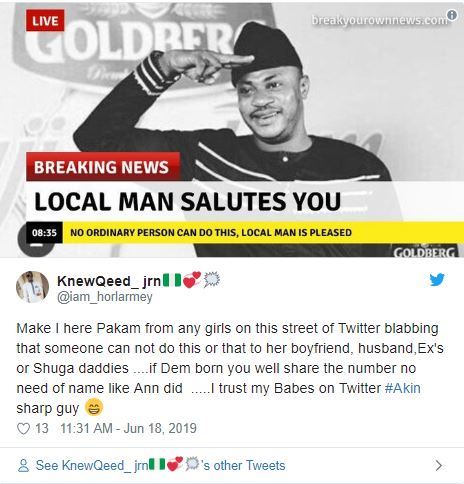 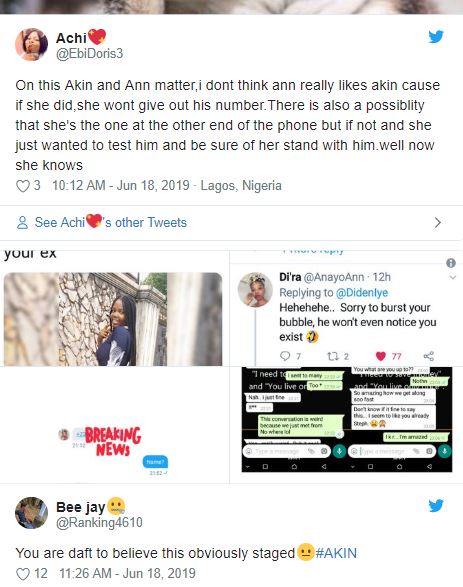 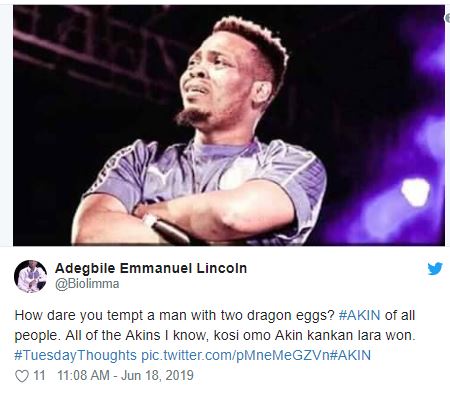