Waterfalls, Caves, Beaches - Check Out The Six Nigerian Tourist Centres You Should Visit


There are many attractive places and tourist centres that you can visit in Nigeria. These are some of those places. 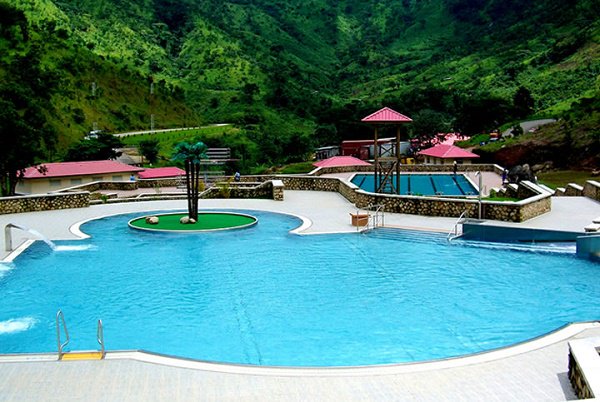 Obudu Mountain Resort
Persons who spend a substantial amount of time touring — whether owing to professional demands or a sheer quest to assuage wanderlust — can often attest to the nerve-soothing effects of being exposed to heterogeneous cultures, classical antiques, and bewildering landscapes.
Nigeria embodies quite a number of budget-friendly tourist attraction centres renowned for their mesmerising splendour as well as intriguing historical accounts or mythical practices that accompany them.
Whether you’re up for the beach; the mountains; the rocks; fun parks; museums; forest reserves; or waterfalls, you could never run out of places to visit while on tour in Nigeria.
From the Lekki Conservation Centre and Anambra’s Ogbunike Caves to the grandiose Millenium Park situated in Abuja, here’s to take you on a trip to some of Nigeria’s highly-placed tourist attraction and recreational centres.
Ogbunike Caves, Anambra
Like the name readily suggests, Ogbunike is a collection of caves that have been used for many centuries by local people who have attached a spiritual significance to them. It is located in a valley blanketed by a tropical rain forest.
The cave’s main chamber consists of ten tunnels leading to different directions, some of which are interconnected. Tourists are made to remove their shoes before entering the caves while women on their monthly cycle cannot go in.
Millenium Park, Abuja
Located in the Maitama District of Abuja, Millenium Park is one of the largest public parks in Nigeria. It was inaugurated by Queen Elizabeth II of the United Kingdom on December 2003. The park is split into two by a river which crosses it in its main rectilinear axis.
One side is dedicated to uncontaminated nature and houses mountain vegetation, a savanna, deciduous forest, rainforest, brushwoods and greenhouses for butterflies and tropical birds. The other is to the scientific knowledge of natural environments.
Lekki Conservation Centre, Lagos
If you’re looking to escape the ruckus that the ever-busy city of Lagos could sometimes be, then Lekki Conservation Centre is one of the best nature reserves to visit for the purpose. It’s situated on the Lekki Peninsula.
The conservation centre sets aside a natural habitat for plants and animals — one which has been encroached on by urbanization in the commercial city. There’s also the longest canopy walk in Africa, a Rotunda, ponds, volleyball courts, barbecue joints, gym facilities and much more.
Awhum Waterfall, Enugu
If you’d rather have a peek at natures grand rock-encased waters, then you should consider a trip to Awhum, a valley town which also boasts of numerous pristine lakes. The spectacular waterfall is located in Amaugwe village of Awhum town.
A marked feature of Awhum Waterfall is the echoing sound given off by cascading waters and the feet-soothing feel of stone-studded sands that create a sensational illusion. Many believe Awhum to have curative properties; others simply perceive its wonders as the height of refreshment.
Obudu Moutain Resort, Cross River
How about a few days amid an enthralling stretch of natural landscapes? Obudu Moutain Resort — ever since it was developed in 1951 — has grown to become a major destination choice for tourists in Nigeria, especially between October and February.
The clouds bearing down on mountain peaks and serene valleys as well the refreshing blend of warm and cold temperatures have left many marveling at the wonders of Obudu. It is situated close to the Cameroon border, in Northeastern part of Cross Rivers state.
Elegushi Beach, Lagos
Too good to be a privately owned beach, Elegushi habours exceptional restaurants, night clubs, hangout spots selling mouth-watering local cuisines. It also offers varieties of live shows and makes a perfect spot for picnics or social gatherings.
Despite the rapid emergence of new private beaches in Lekki, Elegushi beach seems to attract the most visitors. It is situated in the Ikate area of Lekki, quite close to a number of the exquisite hotels that are ready to have you lodged.
Nike Art Gallery, Lagos
Acclaimed as the largest of its kind in the whole of Africa, Nike Art Gallery offers an eclectic display of collections spanning drawings; paintings; spectacular statues; hand-woven materials, among other artworks. It is situated in Lagos, Nigeria.
The gallery’s collections also delve into Nigeria’s old traditional values and offer foreigners an opportunity to explore artifacts typical of African traditions. The facility also houses restaurants for Nigerian dishes. It has attracted both local and international tourists over the years.
***
Source: TheCable
Top Stories