REVEALED! Inside The Abuja Village Where Lack Of Electricity Is Killing People (Video)


The story has been told of the Abuja village where the chronic lack of electricity is killing people. 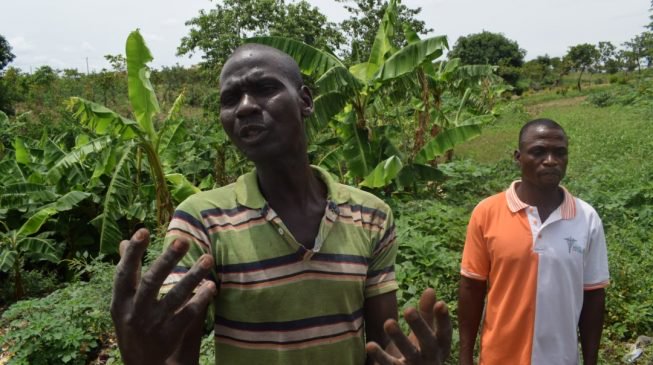 There has never been electricity in Gosa Kpanyi Kpanyi, says 47-year-old Danjuma Ashibo. As speaker of the village parliament which holds its meetings under a tree, Ashibo is understandably frustrated and increasingly dejected. He was born to a state of lightlessness that still persists.
Gosa Kpanyi Kpanyi is under Abuja Municipal Area Council (AMAC) and Abdulahi Candido Adamu is the current chairman. He was re-elected into office in March 2019.
In 2018, electric poles were installed in the village. But that was where the intervention stopped. The residents, it appeared, were teased with hope and left with longing. 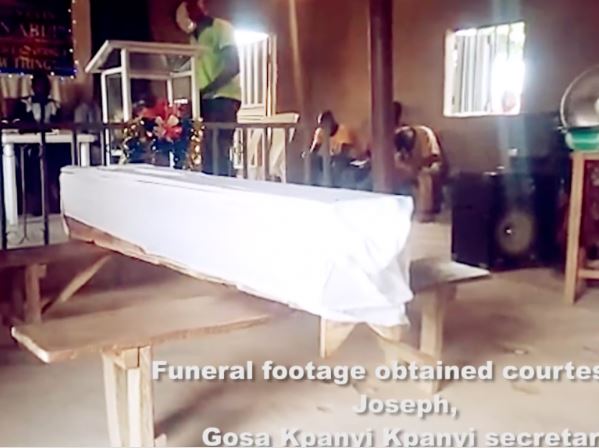 Funeral for one of the villagers
The wireless, lightless poles are now scattered around the village situated along Abuja international airport expressway.
’16 DEAD’ IN 2019
The electricity situation has resulted in a situation whereby indigenes go to the village across the expressway to charge their phones, cut their hair, watch TV, among other things that many take for granted.
Several times, some of them are knocked down by vehicles speeding through the expressway. In 2019 alone, at least 16 indigenes including six children have died in such accidents. According to the community book, not less than 47 have died in the past two years. 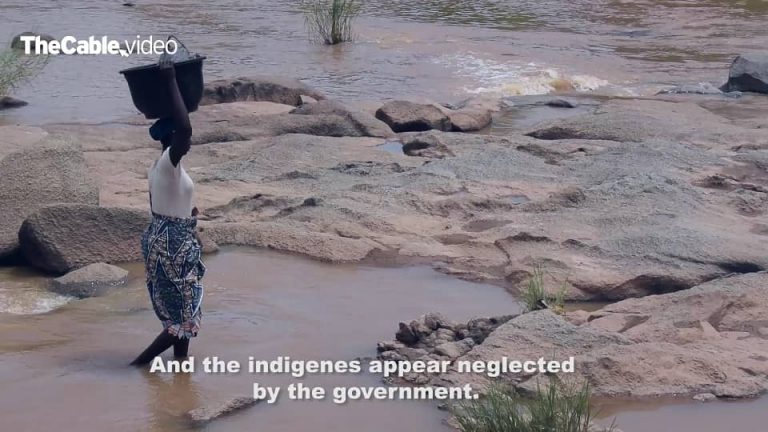 A woman walk through the contaminated water in the village
The villagers say they get robbed and battered when they try to ply the route under the bridge. They also lament that the pedestrian bridge which is about 600 metres away is prone to robberies, hence they have no choice but to cross the expressway and hope not to die.
‘DISEASE’ WATER
Although electricity is what they desperately clamour for, the people of Gosa Kpanyi Kpanyi also lack adequate water.
Before a solar-powered borehole was fixed by the Upper Niger River Basin Development Authority under the ministry of water resources, the indigenes relied on a dirty river and water seeping from the earth in the bush.
Women and children often travel downhill to the bush to scoop water into plastic bowls and aluminum basins. Nuhu Auta, a farmer, says children, women, and adults often urinate blood because of the “disease” water they drink. 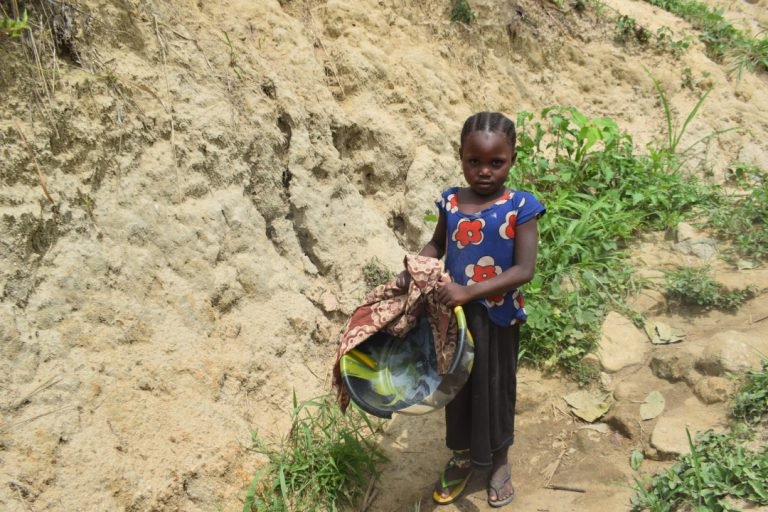 ‘Not too young’ to go to the stream
The existing borehole, he says, comes on an average of three times a week. There are usually long queues of buckets and kegs waiting for D-day when the taps will gush out water.
But before then, they make do with impure water.
Sunday Biko, the councillor representing Gosa Kpanyi Kpanyi, and Adamu, AMAC LGA chairman, were contacted by TheCable over the plight of the indigenes but neither responded to calls and messages put across to them.
***
Source: TheCable
Top Stories