As many as sixty presidential candidates who took part in the 2019 presidential elections have faulted PDP and Atiku. 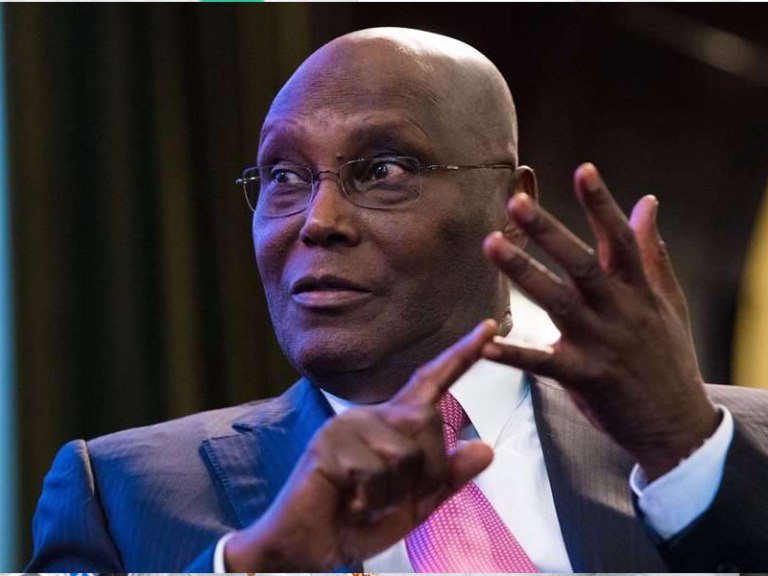 Atiku Abubakar
According to a report by The Punch, about 60 presidential candidates in the 2019 general elections have faulted the Peoples Democratic Party and its presidential candidate, Atiku Abubakar over the controversy surrounding the use of a server, describing it as unnecessary.
They also criticised the report of European  Union Election Observer Mission which alleged a lack of transparency in the guidelines of election.
The parties under the aegis of Joint Forum of 60 Presidential Candidates and National Chairmen, at a press conference addressed by Alhaji Mohammed Shittu, said the Independent National Electoral Commission did creditably well.
The event was also attended by the Co-Convener of the forum and chairman of West African Coalition of Political Parties, Chief Perry Opara.
Shittu said, “We reiterate that the INEC server controversy is unnecessary. It is a plot to discredit the election as political parties never agreed with INEC in any of the several pre-election meetings that results will be transmitted electronically.
“Parties agreed on a lot of issues with the commission and those were implemented. It is worrisome that only one political party out of 91 is saying a different thing on the presidential election while at the same time praising its performance on the other elections, especially governorship, conducted by the same INEC.
“INEC consulted widely and extensively, and together with stakeholders of which we are a part of, came up with the guidelines for the conduct of the 2019 general elections, which the commission followed to the letter. We recall that nine out of the eleven points for consideration we raised as candidates under the auspices of the Inter-Party Advisory Council and Coalition of United Political Parties respectively were adopted by the Commission. How then can the EU-EOM accuse the commission of a lack of transparency in putting up guidelines for the elections?
“Therefore, the report of the EU-EOM released over a week ago wherein they alleged a lack of transparency in the guidelines of election is bewildering. With all due respect to the EU-EOM, it is left to Nigerians to decide how we conducted our 2019 general elections.

“Going forward, we would like to urge President Muhammadu Buhari to immediately sign the Electoral Act Amendment into law once it is presented to him again by the National Assembly. That amendment will hugely improve our electoral system and its processes.”
Top Stories