Horror! Fire Breaks Out At Mile 2 As Tanker Goes Up In Flames (Video)


A corps member serving in Ekiti state has died after complaining of headache to her colleagues. 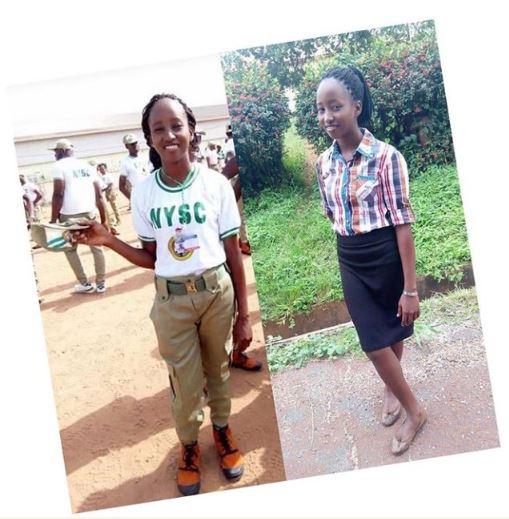 The late corper
A member of the National Youth Service Corps, Oghomwen Omoruyi Honour serving in Ekiti State, has died.
The Mass Communications graduate of Auchi Polytechnic died on Monday, June 24, 2019, shortly after complaining of headache.
According to reports, Honour later took paracetamol but soon after that, she started convulsing and foaming from the mouth. .
She was said to have died before they could get her to the hospital. Honour had recently redeployed from Adamawa State to Ekiti State, so as to be closer to her base in Benin, Edo State.
Top Stories

Horror! Fire Breaks Out At Mile 2 As Tanker Goes Up In Flames (Video)
Recent Stories