An Abuja court has jailed a pastor based in the FCT after he had carnal knowledge of a 14 year-old girl. 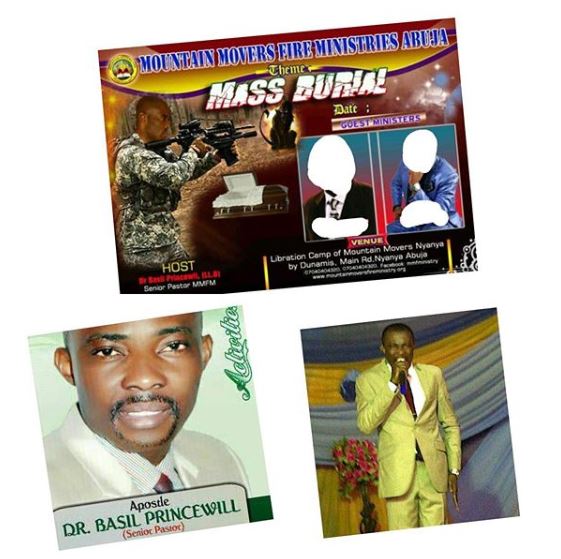 Pastor Basil Princewill
Pastor Basil Princewill, the founder of Mountain Movers Ministry International, Nyanya, Abuja, has been sentenced to to seven years in prison after his conviction for r-ping a 14-year-old girl.
Justice Hussein Baba-Yusuf of the High Court of the Federal Capital Territory (FCT) in Maitama, in a judgment on Tuesday, convicted Princewill on two of the four counts contained in the charge on which he was tried.
Princewill was araigned in June, 2012, by the police a four-count charge bordering on rape, impersonation and attempt to cause abortion and abetting miscarriage.
He was said to have forcefully had sexual intercourse with a 14-year-old girl, Favour Iwoha, between July 27 and December 31, 2011, at Mountain Movers Ministry International and his house at Nyanya, Abuja, without her consent and impregnated her.
He was said to have subsequently given her drugs with a view to aborting the pregnancy. The prosecution said Princewill, on or about January, 2012,  attempted to cause miscarriage on the minor when he gave her drugs to take and abort the pregnancy, which caused her to bleed
After the judge pronounced Princewill guilty and convicted him, his lawyer, Kekere Akpe, pleaded with the court to temper justice with mercy, and that the convict was a first-time offender as well as a family man.
Top Stories