The legendary Italian goalkeeper recently announced his intention to leave PSG after one season and now looks set to make a shock return to Turin. 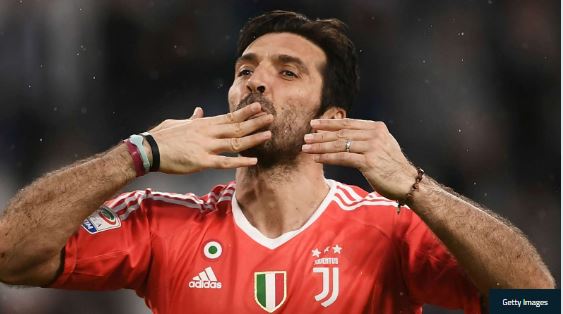 Gianluigi Buffon
Juventus legend Gianluigi Buffon is set to make a sensational return to the club after announcing his Paris Saint-Germain departure.
The 41-year-old left the Serie A champions at the end of his contract in June 2018 after 17 years with the club, opting to move to France and sign a one-year deal with PSG.
He recently announced his intention to leave Paris , despite being offered a contract extension, and Goal can confirm that the Italian is set to make an unexpected return to Juventus.
Buffon’s return will see him act as back-up to first-choice keeper Wojciech Szczesny, whose stock has increased after cementing his place as one of Serie A’s finest between the sticks.
Although the move seemed unthinkable only a few days ago, the Italian’s relationship with Juventus club president Andrea Agnelli has helped to push the move through with Buffon having already agreed a one-year contract.
The move will be made official once the future of current back-up goalkeeper Mattia Perin has been decided, with the 26-year-old expected to leave the club this summer amid interest from Roma and Sevilla.
Buffon still feels he has something to offer at the highest level after leaving PSG with a Ligue 1 winners' medal, and will possibly look at moving into management when he decides to call an end to his playing days.
The World Cup winner is not the only man who donned a PSG shirt last season who Juventus are interested in bringing to Turin this summer, however, with midfielder Adrien Rabiot high on the club’s transfer target list.
The France international was suspended by the club in December and has been linked with a move to various top European clubs, including Barcelona and Manchester United as a result, but sources close to the deal have told Goal that the Old Lady are confident of completing a deal .
The central midfielder’s contract is set to expire at the end of June, and Juventus are offering him a deal worth €7 million (£6m/$8m) per season, excluding any additional bonuses.
The Serie A champions are looking to move forward with transfer targets swiftly during the summer transfer window, having appointed Maurizio Sarri as their new coach on June 16.
Top Stories