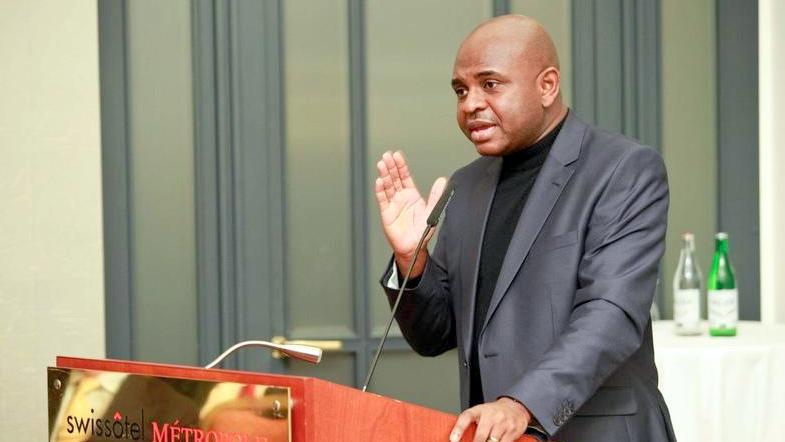 Kingsley Moghalu
Kingsley Moghalu, presidential candidate of the Young Progressives Party, YPP, has mocked the Governor of Bauchi State, Mohammed Abubakar for claiming to have used N2.3 billion for burial.
Moghalu lamented that some politicians steal public funds using the name of the dead.
Recall that the Bauchi Governor, Bala Mohammed had accused his predecessor, Mohammed Abubakar of spending a whopping sum of N2.3 billion to buy shroud (likkafani) and decking wood used in grave (iccen kabari) for Muslim burials in the state.
In an interview with journalists in Bauchi at the weekend, the governor’s spokesman, Ladan Salihu had alleged that the said funds were spent between January and May, 2019.
Salihu had explained that over N900 million of the money was spent in buying Muslim shroud, a white cloth used for wrapping dead bodies, while over N1.4 billion was used to buy the wood for decking graves during burial.
Reacting, Moghalu described the dead people as expensive.
In a tweet, he wrote: "An aide to former Bauchi State Gov Mohammed Abubakar has reportedly said Bauchi didn’t spend N2.3 billion for burial materials in a state cemetery as alleged by activists, [“only”] N1.2 billion. Expensive dead people indeed. Some politicians steal even in the name of the dead!”