Nigerian singer, Barry Jhay has claimed that Davido once saved him from an illegal record deal with Kizz Daniel. 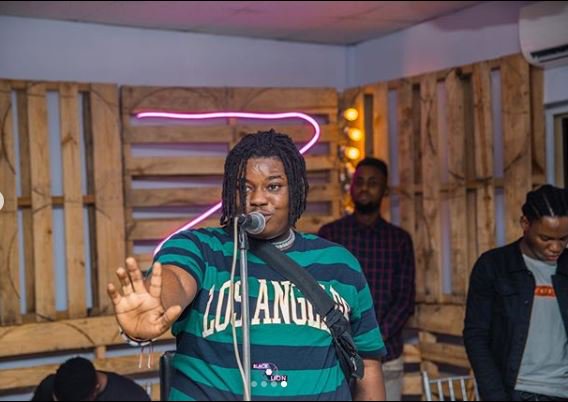 Barry Jhay
Barry Jhay, DMW signed singer, says Davido, Afropop crooner and record label owner, saved him from an illegal record deal with Kizz Daniel.
The ‘Aiye’ crooner made the disclosure in an interview with Cool FM while recounting his experiences with his first Kizz Daniel’s Flyboy, his former label.
“My first record deal was three years ago. That was with Flyboy. I was the first artiste on Flyboy. I never dropped a single there. He was sleeping, we didn’t have the time to move on,” Barry Jhay said.
“Don’t let me go too deep with that. If I pour it out, I’ll have lots of things to say. And I’m not ready to tarnish anyone’s image. But time wasters are time wasters. We need to move on.
“I had signed a contract with Flyboy but it was illegal. Flyboy wasn’t registered, I registered Flyboy. I could sue him if I wanted to. If I was under Flyboy I’ll not be half of what I am now.
“Davido taught me too much, helped me from Kizz Daniel. I live by his example and survive with it. He has been a father, much more than what people see him as. He helped me break out from there when he saw they were not doing anything.”
Top Stories