A thief has met his waterloo after being caught stealing in Lagos state. 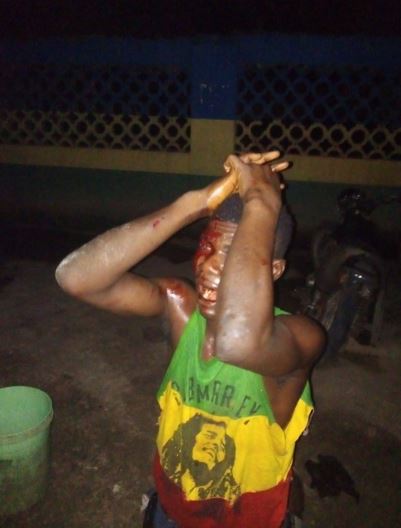 The thief
A Nigerian man has narrated how a thief was caught in Adealu bus stop in Lagos state after robbing traders of the money they had made.
The man who shared the story on Nairaland wrote:
"It's sad that this country is becoming worse by the day, we all console ourselves with the saying ALL IS WELL, but the truth is all is not well and it is terrible enough that you can't walk on the streets feeling safe anymore, now even in a mass transit bus, criminals now carry out their evil acts without any remorse.
I was driving from abule egba to ikeja and around adealu bus stop around 7:30pm ooo!! I noticed a danfo bus by the side of the road with a C caution and I drove past it on getting to the akowonjo intersection a red BRT bus ran into my car from the side and he didn't stop so I chased after the bus only to notice that the bus was changing lanes and driving dangerously, I chased till we got to cement bus stop and the BRT stopped at a SARS station.
I came out of my car shouting at the driver but my voice was not even audible enough due to the passengers of the BRT shouting OLE OLE!!
That was when I got to know what happened, the danfo bus that was packed with a C caution was actually there to slow down traffic so that robbers can enter into the bus and Rob people, they were four in number and they entered the bus beating the driver and passengers collected all they earned for the day collected their phones and that of the passengers they could get. Before they started to jump off the bus through the window on motion. Well one was caught and he received beating but not to the satisfaction of the people affected because SARS officers came to rescue him. Nigeria is no longer safe!!!!!"
See more photos below: 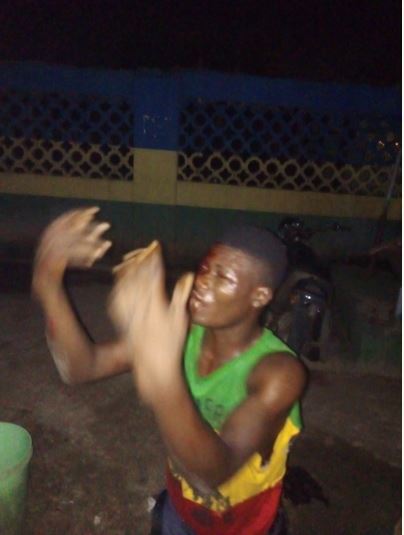 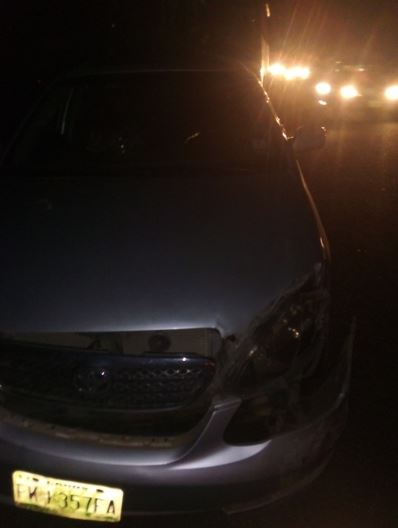