Ekpeye said the abduction of the priest was one too many that has happened in recent time maintaining that abduction of men of God has grave and spiritual consequences. 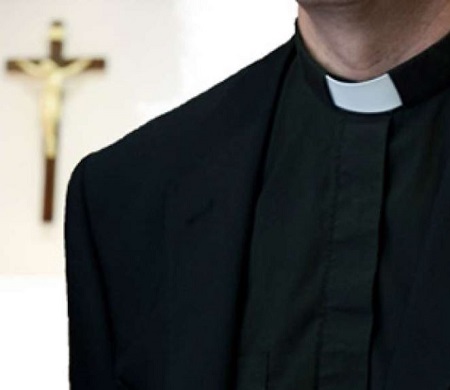 He was traveling in the company of Rev.Canon Umegbewe Jerome who managed to escape in the melee that ensued at the scene of the abduction.

The senior Anglican priest was abducted along Umuapu-Elele-Owerri-Port Harcourt road axis on Wednesday, June 26, 2019 at about 8pm.

Confirming the kidnap, the Bishop of Ahoada Diocese, Rt. Rev. Clement Nathan Ekpeye described the abduction of the Clerical Synod Secretary of the diocese, as a sign of end time.

According to a press statement issued on behalf of the Bishop Ekpeye and made available to our Correspondent in Port Harcourt and signed by Comrade Ogboka Chris Umeda, the Diocesan Communicator, said “the incident happened in the evening when Canon Hanson Bernard and Canon Umegbewe Jerome were journeying back to Port Harcourt after a clerical travel outside Rivers State”.

Ekpeye said the abduction of the priest was one too many that has happened in recent time maintaining that abduction of men of God has grave and spiritual consequences.

Ekpeye also commended Jerome for managing to escape in the midst of the confusion that ensued at the scene and called on the Federal Government to as a matter of urgency tackle insecurity as there was palpable fear in the air.

He, however, assured that nothing would happen to Hanson as the Lord shall protect him even as communication had been established with the abductors.
Top Stories