'Cozing' The COZA Pastor In The Cozy Walls Of Prison 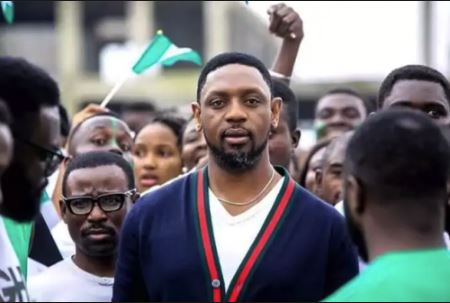 Biodun Fatoyinbo
I have read with utter disgust, several narratives of how Busola Dakolo didn’t provide a consistent story to back up her claims.
To be clear, I am also of the opinion that her story lacks believable accuracy. Maybe we would have believed her better if she had offered a perfected and fictitious narrative.
She should have played us a movie directed by Steven Spielberg and not some random Nollywood director.
But for me, I believe her story not just for a fact that it appears unbelievable but also for its lack of consistency and absence of a well cooked narrative.
She was allegedly r*ped at 16 and now she is 38 years of age; How many of us can narrate a particular event that happened to us 20years ago without faltering or missing specific details?
However, whether her story identifies with the truth or not, people like me would lend my voice to the subject matter not for her but in defense of countless victims who are either too ashamed to speak or have been intimidated to silence.
The position of the law is clear on the definition of rape, but proving it at a law court is next to impossible due to observable complexities and mindboggling difficulties.
These issues are real and we should stop making it unnecessarily about proofs and legality.
There is a long difference between “truth” and “fact”. On issues of rape, “the facts” are likely to prevail over “the truth” in a law court.
The patriarchal nature of our society also makes it impossible to prove the subject matter in the court of public opinion. It is these pathetic bottlenecks that account for the reason the victims don’t speak up.
It takes a brave one to speak out when s*xually harassed. It, however, takes an extra dose of courage for a public figure to admit such publicity.
SAY NO TO GENDER BASED VIOLENCE
SAY NO TO S*XUAL HARASSMENT
SAY NO TO R*PE
***
Written by Sanyaolu Juwon
Top Stories