DPO, Pregnant Policewoman And Others Killed Inside Police Station In Bayelsa


Some police officers have lost their lives after gunmen invaded a police station in Bayelsa. 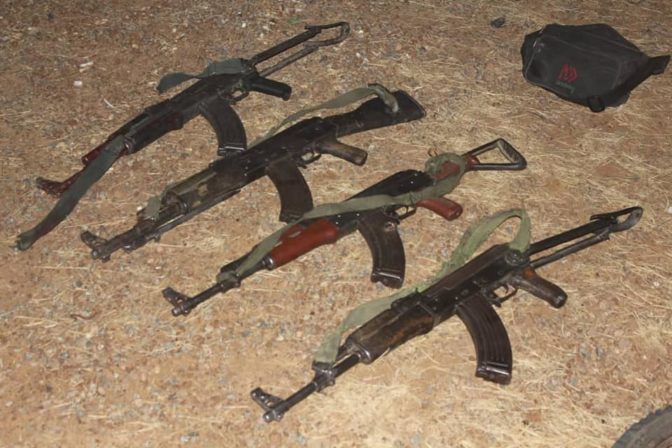 File photo
Suspected gunmen on Monday invaded a police station in Agudama community in Yenagoa Local Government of Bayelsa State, firing and killing four police personnel, Punch has reported.
The yet-to-identified officers that were killed included the Divisional Police Officer, a pregnant policewoman and two policemen who were on duty.
The gunmen carted away rifles, ammunition and police uniforms from the station in an operation that last for close to one hour.
According to sources from the community who spoke on the condition of anonymity, no civilian was killed in the attack as there were no detainees in the station as of the time of the attack.
It was gathered that the attack was carried out about 2:15 a.m. on Monday.
“At dawn, we heard one policeman escape, while another, who was shot on the leg survived the attack”, the source said.
The community source further disclosed that all the rifles in the arsenal of the police station and uniforms belonging to the deceased officers were taken away by the gunmen.
Agudama is a community under Gbarain/Ekpetiama Kingdom, few kilometres away from Yenagoa, the Capital of Bayelsa State.
As of the time of filing this report, the corpses of the DPO and others have been taken to the Federal Medical Center, Yenagoa by men of the Nigeria Police Force.
When contacted, the spokesman of the Bayelsa Police Command, Asimin Butswat, said he was waiting to get more details before he could react to the incident.
Top Stories