BBNaija 2019: Housemates Show Off Their Bodies In Bikini (Video)


Nigerians have been treated to a sumptuous show by Big Brother Naija contestants after they showed off their bodies yesterday. 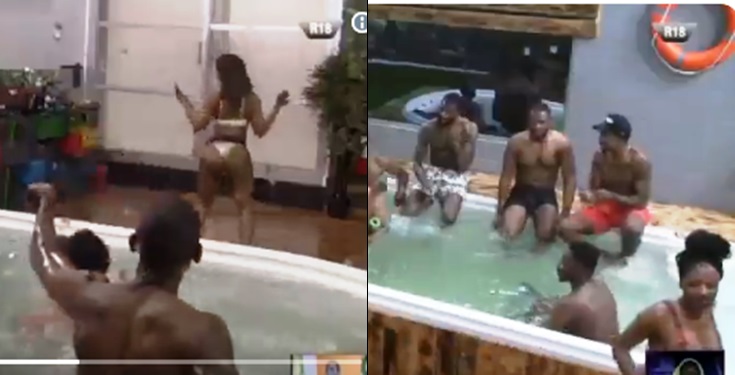 The contestants
The excitement in 2019 Big Brother Naija house has now began in earnest with male and female housemates entertaining audiences by stripping to their boxers and bikinis yesterday, July 1, 2019.
It is no news that most of the girls in the house like Symply Tacha and video vixen, Mercy have enticing features, but most have been a bit docile since entering the house.
However, yesterday was a change as some of the contestants began making alliances and getting wild.
Mercy is touted to have achieved her hot body through surgical means. The video vixen and Gedoni have sparked off new romance in the house less than 24 hours after commencement of the show.
Watch the video of the girls in their bikinis below:

The girls are killin' them sha! #BBNaija pic.twitter.com/VuYD3cGRwb