The story has been told of a four-year-old boy who was killed and then dumped inside a well in Nasarawa. 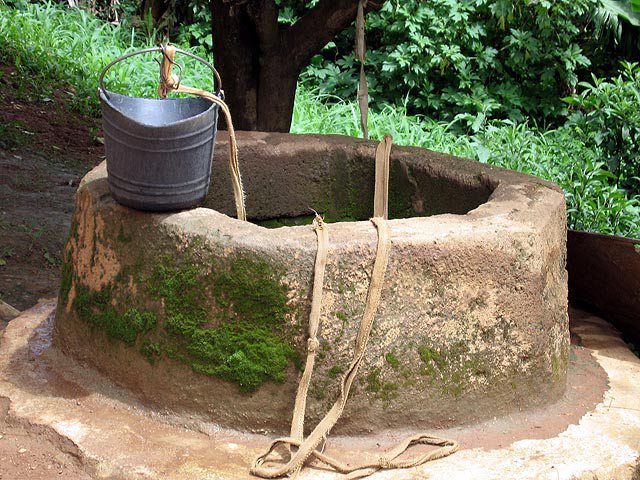 File photo
According to a report by Vanguard, a four-year-old boy, whose identity was given as Ritse Micah, has been reportedly killed and dumped in an open well in Akwanga Local Government Area of Nasarawa State.
Late Ritse Micah was a nursery two pupil at ECWA Nursery and Primary School, Garaku, before his gruesome murder. It was gathered that the child was reportedly murdered with his hands and legs tied in Angwan Eggon village, Garaku in Kokona Local Government Area of the state.
The remains of the four-year-old were found in a well a day after in Akwanga Local Government Area when some women went to fetch water for domestic use in the morning.
Speaking while narrating the incident, father of the deceased, Micah Kapechi, disclosed that the boy’s abductors broke into his house through the back door and whisked away the four-year-old Ritse, while he was asleep.
According to the father of the deceased, “the abductors dropped a note on my table demanding N50 million before the boy would be released and warned me not to involve the Police, saying the Police were aware of their business and threatening to kill me if the Police were informed.”
Kapechi, a staff of Kokona Local Government, stated that the whereabouts of his son was not known until the next day when the body was discovered in a well at Akwanga and was posted on Facebook by some sympathisers.
According to him, “those who committed this wicked act against me would certainly meet God on the day for judgement as I have no problem with anybody to warrant this kind of inhuman treatment.
“My major problem is that I want the Police to release the corpse to me so that I can give him a befitting burial. But they are insisting on clearance from their headquarters in Lafia before the corpse is released to me.”
Top Stories