Following calls for the Edo state government to state it stance on Ruga settlement, the government has finally responded. 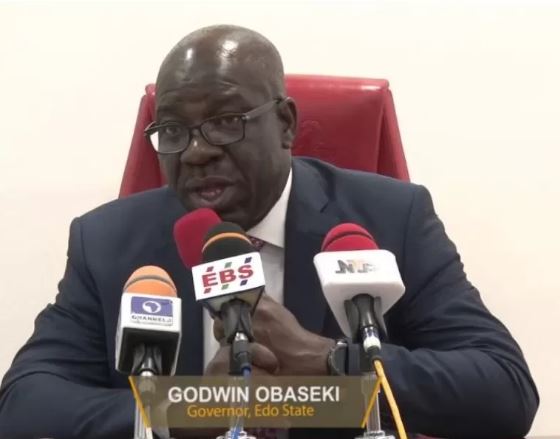 Governor Godwin Obaseki
The Edo State government has stated its stance on the proposed Ruga settlement in the state by the Federal Government.
The government revealed that its agricultural development has nothing to do with Ruga settlement because it had long been in progress before the idea of Ruga came up.
This is contained in a statement issued by the Special Adviser to the Governor on Media and Communication Strategy, Mr. Crusoe Osagie who said:
“In all the agricultural programmes being executed by the Obaseki administration, the safety, security and prosperity of our people are top priority and it is non-negotiable. We assure Edo people that Governor Obaseki will not cede their rights and land to anybody, as our programmes as a sovereign state do not run on the back of any external entity.”
He also called on people of Edo State to disregard any other information circulated by the State Chapter of the Peoples Democratic Party (PDP) concerning Ruga settlement.
“The Governor will continue to put the interest of Edo people first in all his policies and programmes, as he has demonstrated in the past two years and seven months,” he said.
Top Stories