Makinde Sets Up Panel To Probe LGs Under Ajimobi 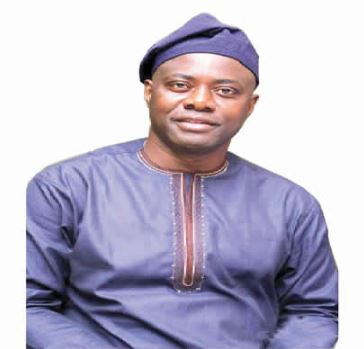 Oyo State Governor Seyi Makinde
Oyo State Governor Seyi Makinde on Monday inaugurated a seven-man committee to probe the accounts of the 33 local government areas and the 35 local council development areas from January 2018 to May 2019.
The development came three days after Makinde threatened to expose the Abiola Ajimobi government.
The committee headed by a retired judge, Justice Laoye Popoola, has Dr Remi Ayodele (a former Chairman of Ibadan North-West LG), Adeniyi Ayanwale, N.A. Abiola, Mr Adewola Illiasu, Sunday Oke and Mrs Olubunmi Oni as members.
The committee was given six weeks to submit its report.
The governor said, “Let me reassure you that this government is not in any way going after the past administration. We are only setting the stage for our government to take off and deliver the dividends of democracy to the entire citizenry.
“In fact, I must state that the committee we are inaugurating today is pursuant to the Public Property and Funds (Investigation and Recovery) Panel Law, Cap 138, Vol. 4 of the Oyo State Law 2000.
“Section 3 of the law states thus: ‘Whenever it shall appear to the government of the state that any person or body of persons in the custody of any property belonging to the government or any company in which the state government has  any interest however arising or is accountable  to the government for any contract entered into or purported to  have  been entered into between him and the government or monies which he may have collected on behalf of or for the purposes of the government, the governor may set up a panel to investigate  or ascertain the identity and extent of such  properties or fund and make order for recovery of such property or fund.’”
Makinde said the committee was expected to investigate the councils’ financial dealings and retrieve the money illegally taken by individuals and also impound any equipment traceable to any individual.
He said, “The task ahead is not that of the governor but that given to them by the entire citizens of Oyo State. They are on this committee to serve the people of the state.
“The local government is the government at the grassroots and they are the closest to the people. It is therefore important to take into consideration all matters that affect our people as we have promised them a sound service agenda.
“We are determined to get to the root of any form of mismanagement that the councils have been subjected to these past years.”
The governor also constituted a five-man visitation panel each to The Oke-Ogun Polytechnic, Saki, and The Ibarapa Polytechnic, Eruwa, to look into the ongoing management crisis in the institutions with a view to providing solutions.
He gave the committee which has a retired Permanent Secretary, Mr Toyin Akanmu,  as Chairman  of the panel to resolve the management crisis at TOPS  while Mr Wole Oladokun is the Chairman of the management crisis at Ibarapa Polytechnic.
Top Stories