DJ Spinall has become the very first Nigerian DJ to perform at the prestigious Glastonbury Festival in the UK. 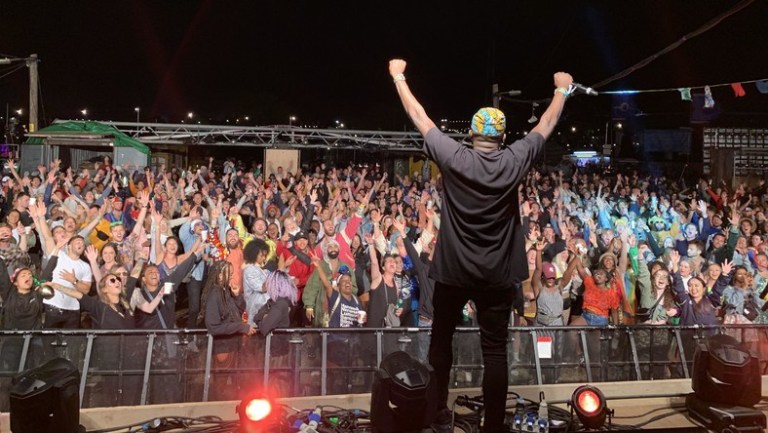 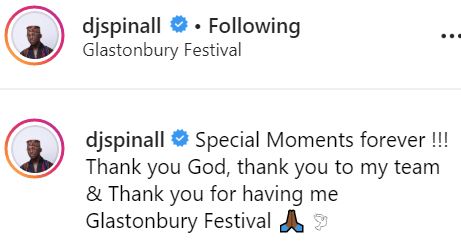 Watch videos of DJ Spinall at the event below:

Glastonbury Festival is short for the Glastonbury Festival of Contemporary Performing Arts. It is a five-day festival that takes place in Pilton, Somerset, England.
While it is mostly known for contemporary music, the festival encompasses dance, comedy, theatre, circus, cabaret, and other arts. The event which started in 1970 and started running yearly since 1981 now attracts about 200,000 people.
The 2019 edition was headlined by British rapper, Stormzy, and rock bands, The Cure and The Killers. Janet Jackson and Kylie Minogue also performed at the 2019 Festival.
In 2008, American rapper and Billionaire, Jay Z also headlined the event.
Top Stories