Man Kills His Wife And Children After Accusing Her Of Cheating


A man has wiped out his own family after return from abroad and accused his wife of cheating. 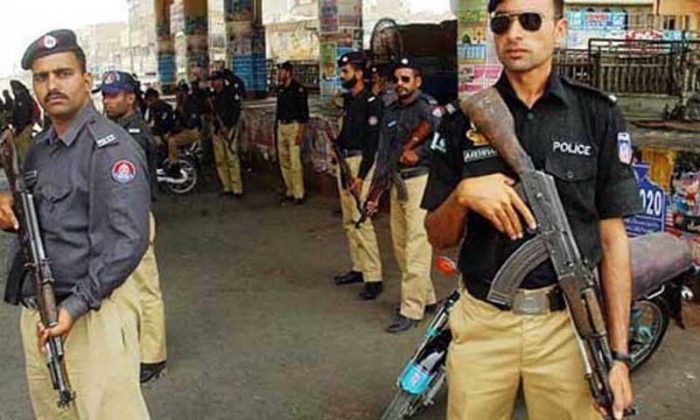 Pakistani police officers
Police in central Pakistan on Tuesday, arrested a man for killing nine people, including his wife and children after which he burnt their bodies.
The police said that the culprit alleged that the killings was a “so-called honour killings.’’
A local police chief, Imran Mahmood explained that Mohamed Ajmal, returned to his native town of Multan in the province of Punjab from Saudi Arabia a few days ago and suspected his wife had an affair.
Mahmood said that the estranged wife was at her parents’ home when Ajmal along with his father and brother broke into the house and opened fire, resulting in the death of nine people.
“Ajmal’s wife, two children and six members of his wife’s family were among the dead.
“The men subsequently set fire to the house.’’
The Police chief said Ajmal and his father were arrested hours after the killings and effort is being made to capture his brother.
Human Rights Commission of Pakistan have said that hundreds of women are killed by their relatives every year on suspicions of having affairs or unsanctioned relationships.
According to dpa, police record shows that nearly 800 people, both men and women, were targeted in honour-related crimes across Pakistan in 2018.
The commission, however, said that the numbers might be in thousands because most cases are not reported to police.
Top Stories