How Buhari's Village Head Was Rescued Two Months After Kidnap


For several weeks, the operatives were said to have combed forests and criminal hideouts in the various states that led to the arrest of some suspects. 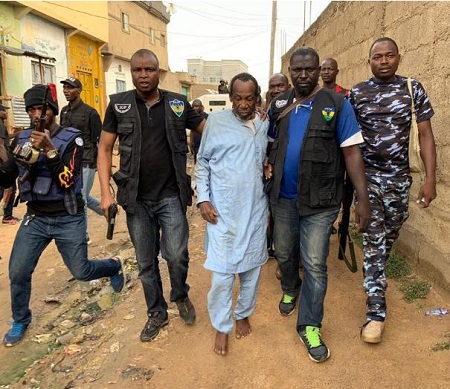 The joint police operation, which saw the killing of one of his abductors and destruction of the kidnappers’ den, was led by Kano Commissioner of Police Ahmed Iliyasu.

It was gathered that the Inspector General of Police (IG), Mohammed Adamu, had deployed special forces, comprising the Intelligence Response Team (IRT), Special Investigation Bureau (SIB) and Special Anti-Robbery Squad (SARS) and Police Mobile Force (PMF) Kaduna, Bauchi, Niger, Katsina and Kogi states to rescue the chief after he was kidnapped in May.

For several weeks, the operatives were said to have combed forests and criminal hideouts in the various states that led to the arrest of some suspects.

Those arrested were said to have aided police investigation, leading to the discovery and clampdown of the kidnappers’ hideout in Kano, where 11 more suspects, including an alleged ringleader, were apprehended.

According to a source, several AK47 rifles and live ammunition were recovered from the den and would be displayed by the Force Headquarters since it was a joint operation.

The Magajin Gari Daura was released exactly two months and a day when he was kidnapped.

A statement, which was signed by the spokesman of Katsina State Police Command, Superintendent Gumbo Isah, congratulating the people of Daura and Katsina, said details about his release will be made public soon.

The younger brother to the Magajin, Malam Tukur Umar, told reporters in Daura yesterday that he was rescued at about 7:25 am.

He said: “The district head was rescued by a combined team of security operatives after a serious gun battle with his captors, who were holed up in a secluded house on Madobi road in Samagu quarters close to Sani Abacha Youth Centre, Kano.”

The monarch was kidnapped from his residence on May 1 at about 7p.m. and taken to an unknown destination.

The kidnappers neither demanded a ransom nor made contact with his family throughout the period of his incarceration.
Top Stories