Apostle Suleman Reacts To Suspension Of RUGA Settlements For Herdsmen 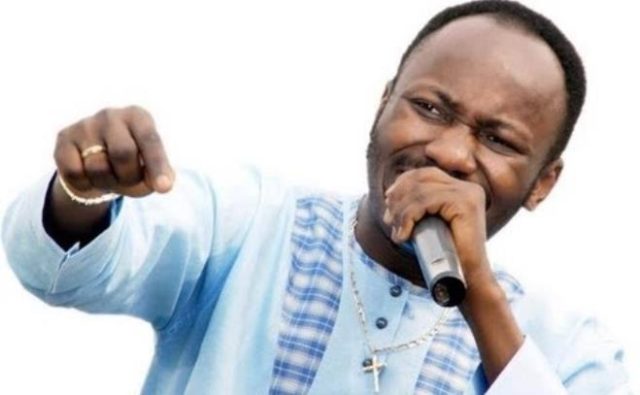 Apostle Suleman
The decision of the Federal Government to suspend the Rural Grazing Areas (RUGA) settlements for herdsmen has drawn reactions from some Nigerians.
Prominent among them is Apostle Johnson Suleman of Omega Fire ministries who took to his social media page to thank the federal government for listening to the outcry of the people.
He wrote: "God bless the federal government for this decision to suspend RUGA..I hope they not only suspend but bury the idea..God bless you.."
The initiative, according the President Muhammadu Buhari, will address herders and farmers clashes across the nation.
State governors particularly from the southern part of the country rejected the plan. Some suggested that the initiative be established in the North while the South grow grass and send to the settlements in exchange of cows for consumption.
The government who said the initiative is optional for interested states has reportedly suspended the plan till further notice. The decision was reached after Mr Buhari met with some state governors on Wednesday.
Former Kaduna lawmaker, Shehu Sani, while reacting likened the move to that of a diffused landmine.
Read the tweet:

God bless the federal government for this decision to suspend RUGA..I hope they not only suspend but bury the idea..God bless you..