Why I Want To Be Governor Of Bayelsa State - Timi Alaibe


Mr Alaibe pledged to consolidate on the achievements of outgoing administration of Governor Seriake Dickson in the area of infrastructure. 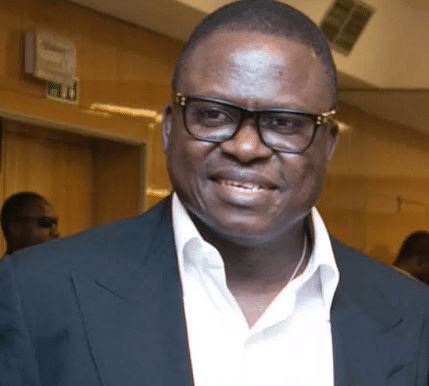 Alaibe, who picked his Expression of Interest and Nomination Forms at the party’s headquarters in Abuja, yesterday, pledged to consolidate on the achievements of outgoing administration of Governor Seriake Dickson in the area of infrastructure, called on party supporters in the state to rally behind his ambition.

He said: “We are clear as to what we want to do in terms of our objectives. As a PDP state, we want to retain Bayelsa State. As such we are going to, as governor, consolidate on the good and great work that our governor, Hon Henry Seriake Dickson, has done so far in Bayelsa State.

“We will espouse our belief of using government as a social investment platform in the implementation of social infrastructural projects in security, health and environment. But more importantly, we will espouse our interest in using government as an enabler for the maintenance of a peaceful and conducive environment to attract private sector capital, experience and strategy in implementing accelerated economic development.”

He also promised to champion the cause of the Nigerian Delta thorough the implementation of health and ecological projects.

He dismissed the tag of a serial contestant, saying “there is no big deal in being in the governorship race severally. Once you have the necessary love for your state, and you are clear in your vision. The important thing is to remain consistent and focused. I want to ensure that my state is great in terms of sustainable development improves. And I want to bring into bear my experience in the private and public sectors in implementing the vision that I have for my state.”
Top Stories