A prosecution witness, Hamza Buwai has testified in the Babachir Lawal grass cutting scandal in court. 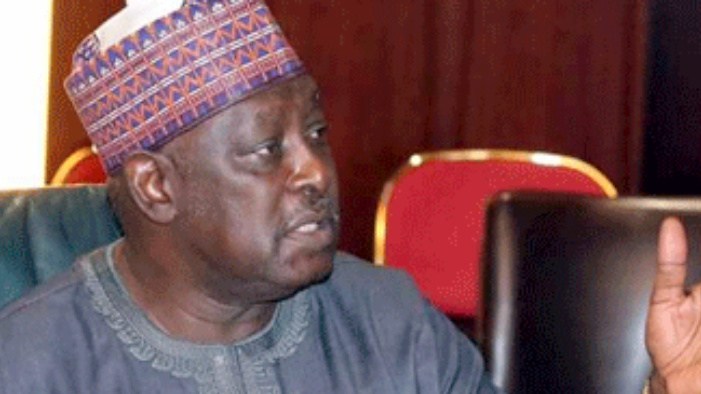 Babachir Lawal
According to a report by Premium Times, the trial of former Secretary to the Government of the Federation (SGF), Babachir Lawal and five others before Justice Jude Okeke of Federal Capital Territory, (FCT) High Court Maitama has been adjourned to September 18, 2019.
Mr Lawal along with his younger brother, Hamidu Lawal, Suleiman Abubakar and Apeh Monday are facing prosecution by the Economic and Financial Crimes Commission, EFCC, alongside two companies, Rholavision Engineering (fifth defendant) and Josmon Technologies (sixth defendant) on amended 10-count charge, bordering on fraud, diversion of funds and criminal conspiracy to the tune of over N500 million.
One of the charges reads: “That you Engineer Babachir David Lawal, while being the Secretary to the Government of the Federation (SGF) and a director of Rholavision Engineering Ltd on or about the 22nd August 2016 at Abuja in the Abuja judicial division of the High Court of the Federal Capital Territory, did knowingly hold indirectly private interest in the contract awarded to Josmon Technological Ltd but executed by Rholavision Engineering Ltd for the removal of invasive plant species and simplified irrigation to the tune of N258,132,735.99 (Two Hundred and Fifty Eight Million, One hundred and Thirty Two Thousand, Seven Hundred and Thirty Five Naira) only, by the office of the Secretary to the Government of the Federation (OSGF) though the Presidential Initiative for North East (PINE) and thereby committed an offence punishable under Section 12 of the Corrupt Practices and Other Related Offences Act, 2000.”
At the Thursday, July 4, 2019, resumed trial, the first prosecution witness, Hamza Buwai, a civil servant with the Federal Ministry of Industry, Trade and Investment, who was the Head of Finance, Presidential Initiative for North East (PINE) under the Office of the Secretary to the Government of the Federation (OSGF) concluded his testimony .
Mr Buwai told the court that there was yet another grass cutting project, which started in 2016, covering 250km, which involved irrigation on motorised boat in Yobe State, along the river.
This contract, the witness said, was for N258 million, awarded to Josmon Technologies (the sixth defendant), with Rholavision (the fifth defendant) as the consultant.
Mr Buwai further disclosed that after N225 million has been paid on the contract and with about 75 per cent of the work done, the first evaluation certificate was issued by Rholavision, adding that, “When the documents of procurement came to me for request for payment to the contractors for the sum ofN225million through the Permanent Secretary, Special Service Office in the office of the SGF, the approval was given and payment was made to Josmon Technologies and on completion of the project, a final evaluation certificate was given by Rholavision the consultant for payment in favour of Josmon Technologies.”
Mr Buwai further revealed that for the payment of the remaining 25 per cent, two vouchers were issued in favour of Josmon Technologies with one capturing the sum of N182.95 million and inclusive of N10.2million for withholding tax and N10.2 million for value added tax, while the other voucher captured the sum of N49.37 million with N2.7 million for withholding tax and another N2.7 for value added tax.
He told the court that in the preceding project, the payment of N12.9 million was raised by Rholavision to Josmon Technologies in its second evaluation and that it was paid excluding contingency. He informed the court that before the payment was made, the total contract sum was for N272 million, while the first evaluation cost was N225 million, including withholding tax and value added tax of five per cent each.
Mr Buwai explained that the reason for the difference in the evaluation sums was due to the contingency sum of about N35 million in the project. He said “that was why a payment of N12.9million was made,” observing that “the cost of two motorised boats was removed because the sixth defendant, Josmon Technologies indicated the use of some of our vehicles and we removed the difference of payment for motorised boats.”
He added that a balance of 50 per cent to Rholavision was paid for consultancy.
The witness further informed the court that he raised the request for approval of payment through the permanent secretary and got the approval for the N12.9million paid to Josmon Technologies and N3.5million for Rholavision and that the payments were made through the GIFMIS platform.
Justice Okeke adjourned the matter to September 18 and September 24, 2019 for continuation of trial.
Top Stories