One of the housemates at the ongoing BBNaija reality show, Omasola, has set social media on fire with his blunt diary session. 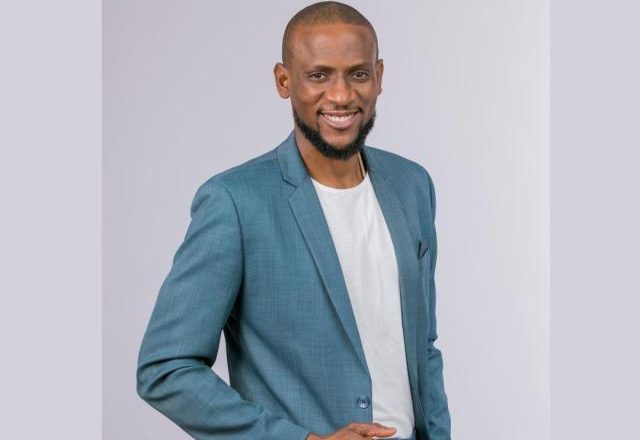 Omasola
Fans shared divergent views on social media platforms especially twitter following the epic and blunt diary session of Omasola, one of the housemates of the ongoing reality show BBNaija (S) 4.
News Agency of Nigeria (NAN) reports that the 38-year-old model previously caught viewers attention for sharing an emotional life story and breaking down on Wednesday.
He however, switched into humour during his diary session, holding a blunt interaction with ‘Biggie’.
Omasola noted that most of the housemates spoke with foreign accents and were not as lively as he expected.
The Delta-born housemate, who spoke majorly in pidgin English, said he believes he will be a fan favourite because he is different, special and has a story to tell.
True to his words, the diary session seemed to increase his fan base as he was attending at number five on Nigerian twitter.
Below is a video showing part of his diary session:
Some fans praised his sincerity while others felt he was trying to borrow the ‘Warri’ strategy from season two winner, Efe Ejeba.
Music boss, Don Jazzy also praised the diary session. He tweeted @donjazzy, “3 gbosa for that Omasola diary session abeg. #bbnaija”
@OAnastesia said, “I repost, Omasola made me join Twitter. Uncle really made my day. Team Omasola #BBNaija2019″
@Sholumpy tweeted, “I need to download that omasola diary section videos, so I will use that to chill after office stress, the funny vibes that can heal stress 100% #bbnaija”
@Laxypoet_ tweeted, “In case y’all missed where Omasola actually said “Biggie you dey there?” Guy I wan laugh die. Uriel sef no do reach this one. #bbnaija #BBNaija2019″
@Superhero972 said, “Yes omasola is the rugged Nigerian we’ve all been waiting for. We don’t like forming Abeg. We like someone we can relate to.”
@Gyeni_nyarko said, “Lol he was talking to Biggie like they’ve been bros since childhood.”
NAN reports that Omasola, is a Model and Entrepreneur who originates from Delta State but now calls Lagos home.
He loves playing basketball, cooking and “being in the water, even though I can’t swim”.
His life’s motto is “If you want it, go get it – don’t just sit down”.
Omasola said he once got down on one knee and proposed to his girlfriend and she turned him down!
Now single and focused on building his brand, Omasola comes into the Big Brother Naija House ready to make his dreams come true.
Top Stories