Omashola, one of the contestants at this year's Big Brother Naija 2019 reality show has issued a threat in the house. 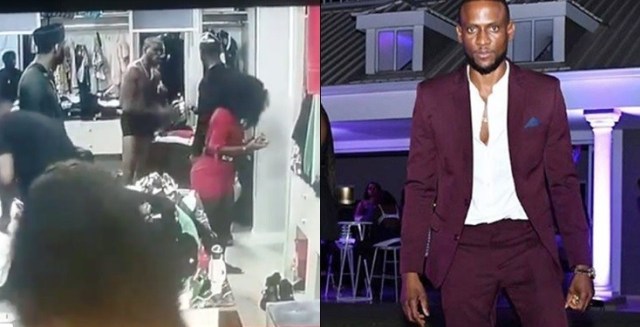 Omashola has issued a threat to biggie
A housemate in the ongoing Big Brother Naija 2019 realtiy show, Omashola has threatened Biggie after his 100 Bet9ja coins were stolen on Sunday morning.
Recall that Biggie had said in a memo that the housemate with the lowest coins will be evicted on Sunday.
”The housemate with the lowest number of betnaija coin will be evicted during the live show on Sunday,” the memo read.
However, Omashola, who desperately wants to stay in the house had 120 Bet9ja coins which he placed inside his Bible before going for the Saturday party, upon return after the party, he discovered that 100 out of the 120 coins were missing.
Apparently displeased with the development, the 38-year-old Nigerian from Delta state, southeast Nigeria, poured out aggression on every member of the house, threatening to scatter the house if a solution is not provided.
His words:
“I go scatter dis house, una no know me oo. Una make mistake. Make de person wey carry my coins bring am out.
“I no dey commot for this house oo. Shebi na Sunday dem dey go? I no dey commot for this house, una no know me oo.Person we carry my coin make mistake, I no well oo. Big Brother go replay that tape, make de person wey carry my coin bring am out.
“At 38 I am not married you think I am okay? I am a mad man,” Omashola exploded.
Watch the videos:
Top Stories