Police Arrest Lady For Stabbing Brother To Death In Kano


A woman has stabbed her brother to death during a wedding celebration over choice of music. 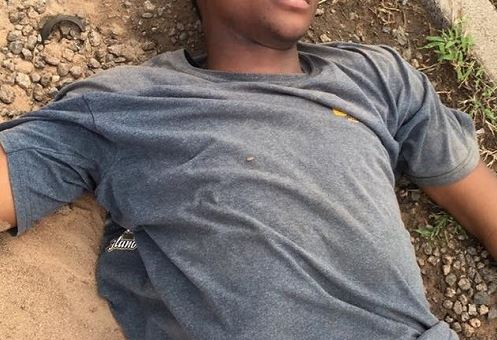 File photo
The police command in Kano State has confirmed the arrest of Maryam Suleiman over the killing of her brother Sani Suleiman, Channels Television has reported.
The 30-year-old Suleiman was stabbed by his sister at a family wedding.
According to the command spokesman, DSP Abdullahi Haruna told Channels Television that Maryam has since been arrested for investigations.
“We received a report that one Sani Sulaiman ‘M’ 30 years old of Badawa Quarters Kano was found lying in a pool of blood in their compound after a stab by his sister one Mariya Sulaiman ‘F’ 19years old, when the family was celebrating the marriage of a sibling.

“Police immediately rushed to the scene and took the victim to Muhammad Abdullahi Wase Hospital where he was confirmed dead. The Suspect was arrested at the scene and preliminary investigation revealed that an argument erupted between the two which led Mariya to stab her blood brother.”
According to the police, the argument arose when the deceased ordered that the music going on during the ceremony be stopped which Mariya resisted, and went on to stab her brother on the neck with a knife.
The commissioner of police CP Ahmed Iliyasu ordered that the case be transferred to the State Criminal Investigation Department for investigation.
Top Stories