Panic As NYSC Searches For Missing Corps Member In Jigawa


His mysterious disappearance without trace made it impossible for him to participate in the passing out activities of the NYSC, which took place in the last week of June. 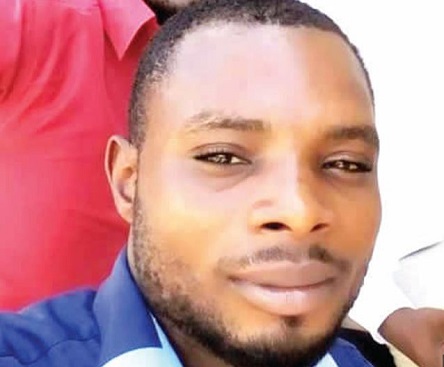 The management of the National Youth Service Corps is currently searching for a Batch ‘B’ corps member, Tyo Terkura, who until his disappearance, was serving at the Government Junior Secondary Schools, Kudu, in the Kazaure Local Government Area of Jigawa State.

Our correspondent learnt that Tyo, who was a 2018 Batch ‘B’ Stream II corps member, was last seen by his colleagues on Thursday, May 16, 2019.

It was gathered that Tyo from Benue State, who graduated from the Benue State University, lived with members of his family in Ikole, Ekiti State.

His mysterious disappearance without trace made it impossible for him to participate in the passing out activities of the NYSC, which took place in the last week of June.

The victim’s mother, identified only as Mrs Terkura, told our correspondent on the telephone that she had been unable to eat or sleep properly since she received news of the incident.

She explained that her husband died two weeks before her son was declared missing.

She said, “I want to see my son again. He is supposed to have come back home. We live in Ikole, Ekiti State, but we are from Benue State. He is already done with his service but he is missing.

“His two mobile phones are not connecting. At one point, one of the lines went through and a strange voice picked it and told us that he found the phone and would take it to a public park so that we could go and collect it.

“Later, the person started to speak Hausa language and the line went off. The two lines have since been switched off.

“We have gone to the NYSC state office and the officials told us that they were on top of the matter. I believe in God that my son will come back. His father died in May, just two weeks before Tyo went missing.”

The Jigawa State office of the NYSC has since placed advertorials in national dailies and on the social media asking anyone with information about the whereabouts of the corps member to come forward.
Top Stories