A Nigerian nurse has courted controversy after she intentionally exposed faces of HIV positive patients who came to collect drugs at a hospital. 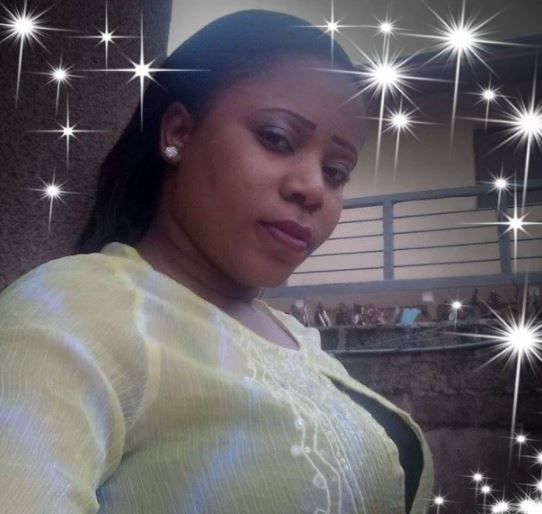 Nurse Lilian
A nurse identified as Lilian Ejimbe is currently facing backlash after she exposed the faces of HIV patients who came to receive their drugs at the hospital she works with in RIvers state.
According to LIB, Lillian Ejimbe, who has two Facebbok accounts, claims on one account to be a "nurse anesthetist" at St. Nicholas Anglican Church, Aluu, Uniport. In the other account, she claims she's a staff nurse at St. Gregory's Hospital.
She took to one of her Facebook accounts to share a photo of HIV patients waiting in the waiting room to receive their anti-retroviral drugs.
She went on to advise her Facebook friends to be careful who they have sexual intercourse with because most of the HIV patients look healthy and it's easy for unsuspecting people to have sex with them without using protection.
However, her followers didn't take it lightly as they bashed her for putting faces of the HIV patients on social media.
Replying her followers, Lilian asked them to keep their opinions or unfollow her if they are not comfortable with it.
As the pressure piled, the alleged hospital she claimed she works for have issued a disclaimer saying they do not know her.
See more screenshots below: 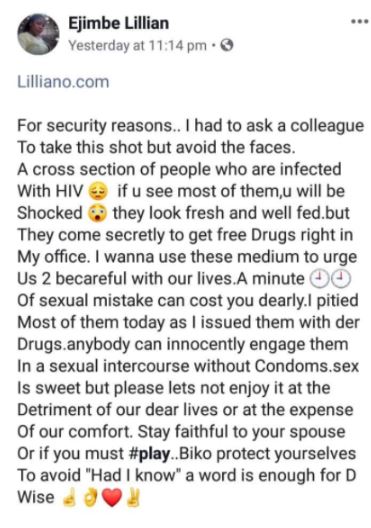 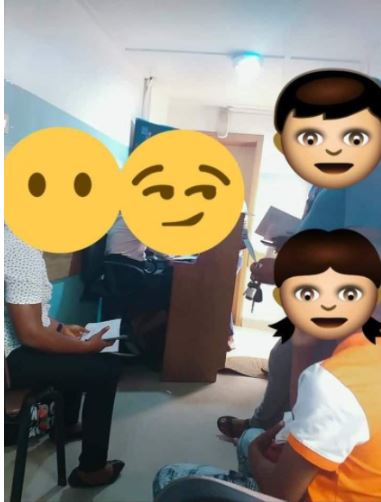 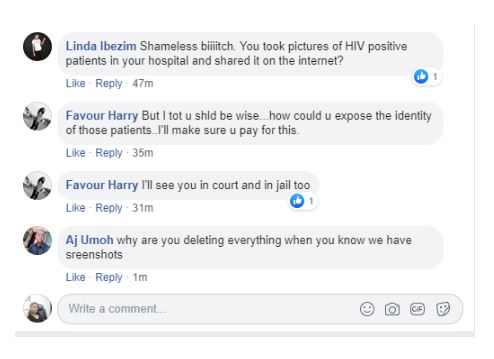 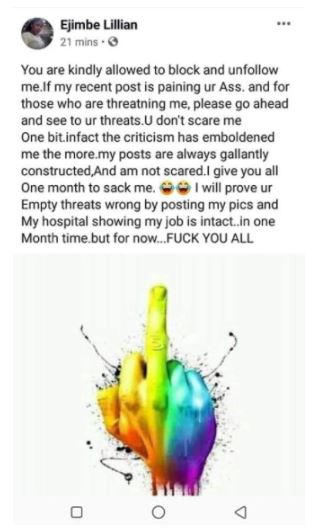 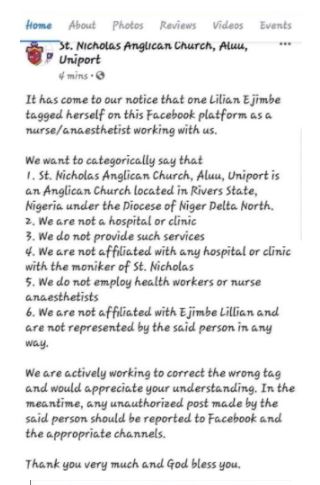 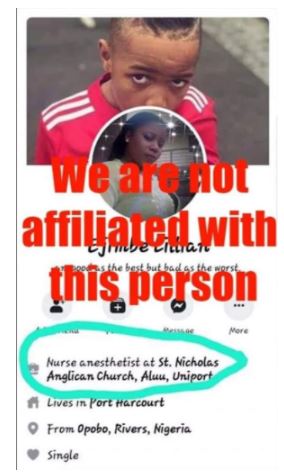