But following her painful demise, friends, especially fellow corps members, have been speaking on the plans the victim had before death took her away. 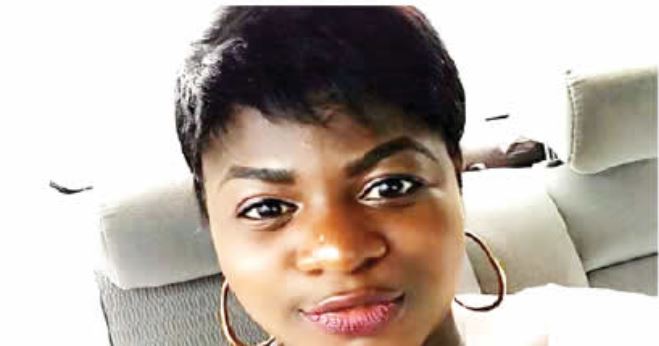 Ayomikun Ademorayo
One week after the death of Ayomikun Ademorayo, a 2018/2019 ‘Batch C’ corps member serving in Osun State, controversy has continued to surround the sad incident.
The young lady had on July 7, 2019, used a popular pesticide on her hair to eliminate lice but eventually died after first bleeding from the nose and mouth.
An indigene of Modakeke, headquarters of Ife East Community Development Area of Osun State, Ademorayo lost her mother during the last Easter celebration, while her dad died some years back, leaving her to assume the role of parent for her two younger siblings.
But following her painful demise, friends, especially fellow corps members, have been speaking on the plans the victim had before death took her away.
A friend, who spoke on condition of anonymity, disclosed that the deceased was already searching for a job in Osun so that she could stay back in the state and begin her life.
According to the friend, Ademorayo was keen to get a good job so that she could take care of her siblings and help them through school.
“Ayo placed so much value on the well-being of her siblings since their parents died.
“In my presence one day, she transferred her entire allowance for a whole month to one of her brothers in Lagos.
“All that mattered to her was her siblings. I asked how she would cope, she simply said ‘God will provide,” the unnamed friend said.
Another colleague of the Ademorayo, in a chat with Saturday PUNCH, narrated events leading to her death.
She said, “Ayomikun or Ayo (Ademorayo) is a graduate of Human Kinetics from Tai Solarin University of Education, Ijebu-Ode, Ogun State.
“She was the breadwinner of her family and had two younger siblings, who are in private primary and secondary schools in Lagos.
“Throughout Saturday, she complained to us in the house that there were lice in her hair, which irritated her. She repeatedly scratched her head because of that.
“We suggested to her to either apply relaxer or have a haircut. She accepted to have a haircut. I can’t say who spoke with her and advised her to apply pesticide.
“It was ‘DD Force’ she used, and not Sniper. She bought the chemical and took it to a hairdresser. When she got there, we were told the woman refused to apply it on Ademorayo’s head.
“But Ayo insisted. She had been scratching her head for about two days before Sunday and I am sure there were open wounds on her head caused by intense scratching.
“The hairdresser eventually agreed and the chemical was applied undiluted on Ayo’s head. Some minutes after applying the chemical, she started having strange feelings. The stylist immediately observed it and washed off the chemical from her hair.
“But it was late. Few minutes later, Ayo started bleeding from the nose and mouth. To lessen the effect of the chemical in her system, she was given palm oil to drink but while being attended to, she collapsed and the stylist started crying for help.

“Surprisingly, no one came to her aid. It was a passer-by that later helped to get Ayo to the roadside. All the commercial drivers that stopped refused to carry her because they were afraid.
“When she was eventually taken to hospital, the nurses merely placed her on a bed, she was not attended to.
“We took Ayo into the vehicle again and headed for another hospital at Osogbo, where she was certified dead.
“Her friend named Millicent could have died too. In the process of trying to resuscitate Ayo through mouth-to-mouth resuscitation, she inhaled the dangerous chemical.
“After Ayo died, she too started bleeding from her nose. She was immediately referred to LAUTECH Teaching Hospital where she spent three days and was given nine drips.”
Top Stories