The homegrown carriers have only 20 per cent of the market. This is not fair and it used to be 60 per cent some years ago but now it is coming down. 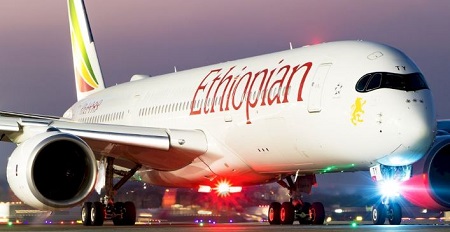 Ethiopian Airlines has announced that it is in talks with Nigerian government to establish a national carrier for the so-called 'Giant of Africa'.

Nigeria had announced the plans to establish an airline in 2018 but shortly after its proposal, the government of President Muhammadu Buhari in September 2018 changed its mind and announced the suspension of the airline prompting public outrage.

But Tewolde Gebremariam, the Group Chief Executive Officer, Ethiopian Airlines, told journalists in Abuja on Friday, “We have been discussing and exploring possibilities to establish or support a strong airline in Nigeria. I don’t mean that there is no strong airline in Nigeria, but we want an airline that can satisfy the demand of the domestic market, the regional market, and international market.

“We are also in talks with Ghana government to establish Ghana Airways but the biggest market which is Nigeria has been a challenge, to be honest with you. We make sure that when we start something, we start professionally and make sure that it succeeds.

"Nigeria is a very large country but unfortunately, since the demise of Nigeria Airways, we are unfortunate that we don’t have a strong carrier. So, this concern is part of continental concern because in Africa, non-African carriers have the biggest shares. It is around 80-20 per cent ratio. 80 per cent of the traffic between Africa and the rest of the world is carried by non-African carriers.

"So, in a declining trend, there is a possibility that the market share can be zero. So, they will wipe us out. We have to make sure that we work together with all African countries to ensure that there are strong homegrown indigenous carriers. We have done this with Asky in Togo and we want to do it in Nigeria.”
Top Stories