A former governor of Abia State and a Senator of the 9th Assembly has spoken up about the simple lifestyle of President Buhari. 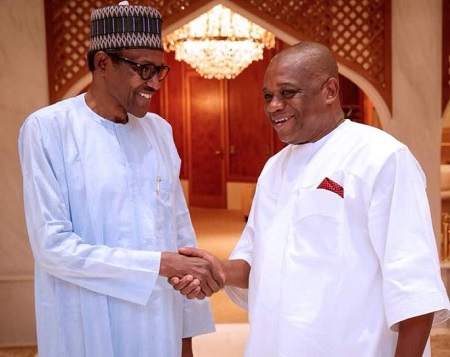 Speaking with journalists at the weekend in Abuja, Kalu said the president appreciates people who have the poor at heart and not those who amass wealth.

The senator described Buhari as a leader people have “greatly understood”.

“I have known him now for 32 years. He and former military President Babangida. He has not changed. Think of it, a man that ruled Nigeria as military head of state and has no house in Abuja or Lagos. He does not have a house in Port Harcourt or Ibadan,” he said.

“If you go to his house in Daura, it is the same house, the same small house he built long ago. The television I saw there when I went there last year for Sallah – that television must have been bought in 1973.

“So this man, the only story you can tell him is to say there are poor people in Aba and you have given them a lot to eat and tarred the roads for them to pass, that is how Buhari will like you not to that you have bought a private jet.

“You cannot go and tell Buhari that story whether he is president or not, he would not hear you because it makes no sense to him.”

The whip also said he is not receiving “jumbo pay” as salary.

“Most of my colleagues said they did not know it was going to be like this and I said we came to be senators,” he said.
-The Cable
Top Stories