A Nigerian man has been shamed in public after he reportedly slept with a hooker without paying her. 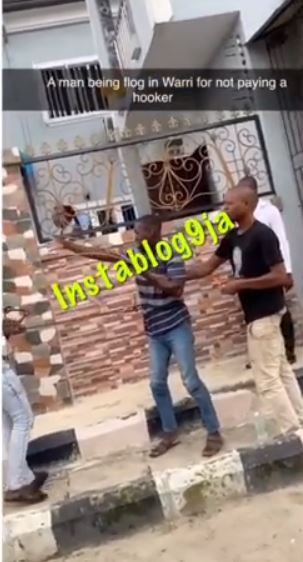 Scene of the incident
A yet-to-be identified Nigerian man has been disgraced in public after he allegedly slept with a prostitute but failed to give her money they agreed on.
The sad incident happened in Delta state.
The man was held with a rope before he was whipped by some men.
Watch the video below: