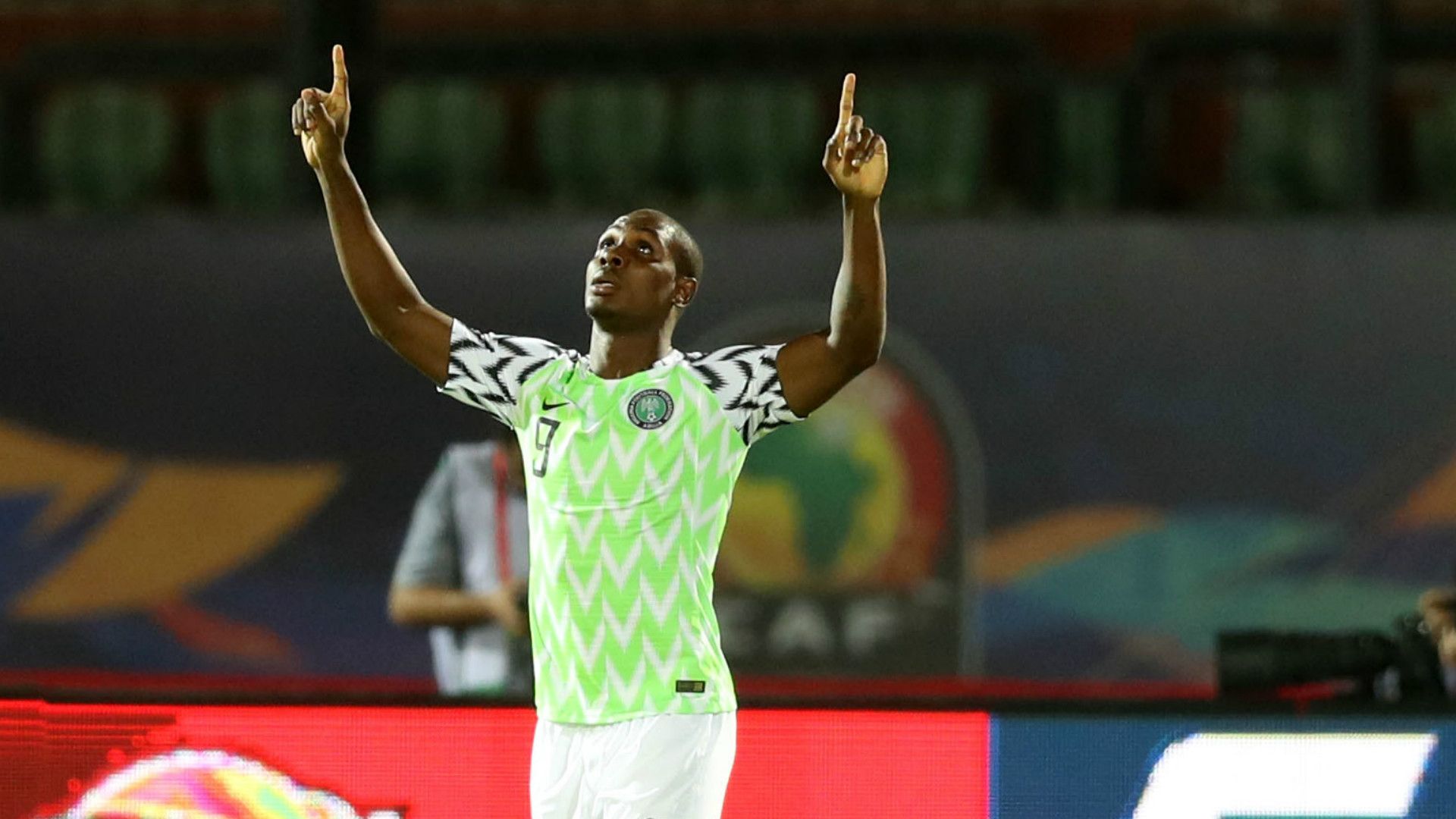 Odion Ighalo
Super Eagles striker Odion Ighalo equalled the late Rashidi Yekini’s 25-year-old goal scoring record at the Africa Cup of Nations on Wednesday when he scored his fifth goal of the tournament against Tunisia in the third-place 1-0 win, Sports Extra reports.

The late Yekini scored five goals for the Eagles as they won their second AFCON title in Tunisia in 1994.

Ighalo profited from a goalkeeping blunder from Tunisia’s Moez Cherifia in the third minute of the encounter at Cairo’s Al Salaam Stadium. Three-time winners Nigeria have now finished third eight times at the tournament.

The Shanghai Shenhua striker now sits two ahead of the chasing pack of Sadio Mane, Adam Ounas and Riyad Mahrez in the AFCON 2019 top scorers race.

The Shanghai Shenhua striker however pulled his hamstring in additional time of the first half and was replaced my Victor Osimhen at the start of the second half.
Top Stories