A northern state Governor has promised the new minimum wage of N30,000 approved by the federal government. 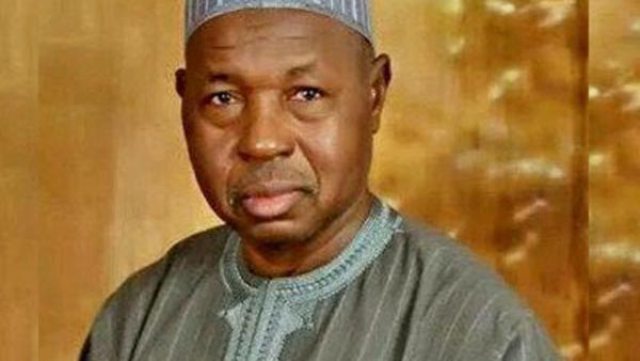 Governor Aminu Masari
Governor Aminu Masari of Katsina State, on Friday said his administration has no problem with implementation of the new national minimum wage for workers.
Masari gave the assurance on Friday, when he received the new leadership of the state chapter of Nigerian Labour Congress (NLC).
He said that the government would look into the guidelines when released and work with the state allocation to ensure implementation.
The governor, however, called for upward review of states’ revenue from the Federation Account to accommodate the new N30, 000 minimum wage.
“When the guidelines are ready, the NLC leadership in the state will be invited to ascertain the new salary structure for the workforce.
“Sincerely, I do not have problem with the new minimum wage, you know how much is being given to the states and local government councils,” he said.
Also unveiling further plans aimed at citizens’ welfare, the governor said the administration would revamp the state Water Board to tackle water scarcity confronting residents.
“The government had upgraded Ajiwa Dam, we are now working on the treatment plant and we have changed two new pumps.
“We are building another treatment plant so that we can have adequate water supply for residents.’’
Earlier, the NLC Chairman, Mr Hussaini Hamisu, told Masari that they were in Government House to introduce themselves as the newly elected officials of the union.
Hamisu spoke on the need for urgent implementation of the new national minimum wage by the state government.
He urged the government to centralise payment of salary of Katsina State Water Board employees.
He also urged the governor to consider appointing one of the union members as Special Adviser on Labor Matters.
Top Stories