Alhaji Lateef Kayode Jakande was a journalist who became governor of Lagos State in Nigeria from 1979 to 1983, and later was Minister under the Sani Abacha military regime. 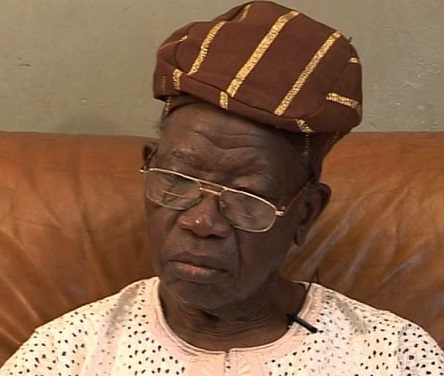 3. Encouraged by Awolowo, he ran for election as Governor of Lagos in 1979 on the platform of Unity Party of Nigeria(UPN) defeating his opponents Adeniran Ogunsanya of NNP and Sultan Ladega Adeniji Adele of National Party of Nigeria(NPN) and was subsequently sworn in as Governor.

4. He studied at a Lagos public school at Enu-Owa, Lagos Island, then at Bunham Memorial Methodist School, Port Harcourt. He studied briefly at King’s College, Lagos in 1943. He then enrolled at Ilesha Grammar School in 1945 where he edited a literary paper called The Quarterly Mirror.

5. In 1949, Jakande began a career in journalism first in Daily Times before he joined the Nigerian Tribune in 1953 where he was appointed editor-in-chief by the Publisher, Obafemi Awolowo.

7. He served as the first President of the Newspaper Proprietors Association of Nigeria (NPAN).

9. As a governor, he established 23 local government councils which were later disbanded by the military.


10. After the military take-over in 1983, Jakande was charged, prosecuted and convicted of treason, although later he was pardoned.
After being freed, he accepted the position of Minister of Works under the Late Sani Abacha military regime, which earned him some criticism. He claimed that he had accepted the post under pressure from MKO Abiola and other progressive leaders.
Top Stories