The 23-year-old died of a gunshot wound he sustained while covering the clash between the police and the Shiite protesters on Monday in Abuja. 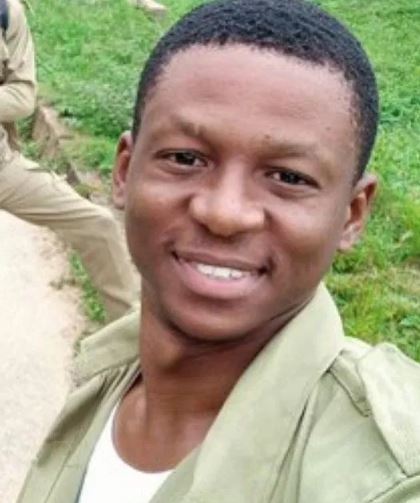 Precious Owolabi
Channels Television newscaster, Ijeoma Onyeator wept on live newscast while announcing the death of a youth corps member serving with the organisation who was killed by a stray bullet on Monday during Shiites protest in Abuja.

Precious Owolabi, a 23-year old corps member, serving with Channels was killed by a stray bullet during Shiites protest in Abuja for the release of their leader, Ibrahim El-Zakzaky.

The reporter, Precious Owolabi was working with the TV station as a member of the National Youth Service Corps.

According to Channels TV, The 23-year-old died of a gunshot wound he sustained while covering the clash between the police and the Shiite protesters on Monday in Abuja.

The management and staff of Channels Television said they were greatly saddened by the untimely and unfortunate death of such a promising journalist.

They prayed that God would grant his family the fortitude to bear the irreparable loss, and avail his soul eternal rest.

Owolabi was the second death to be announced in connection with clash in Abuja today between Shiite protesters and the police.

The police earlier said they lost a Deputy Commissioner of Police, Usman Umar.

Umar was in charge of Operations, FCT Command.

The officer who was immediately rushed to the hospital died moments later while receiving treatment.

However, Islamic Movement of Nigeria claimed that 11 protesters were killed.