Details have emerged following the death of a Deputy Commissioner of Police who died during Shiite protest yesterday. 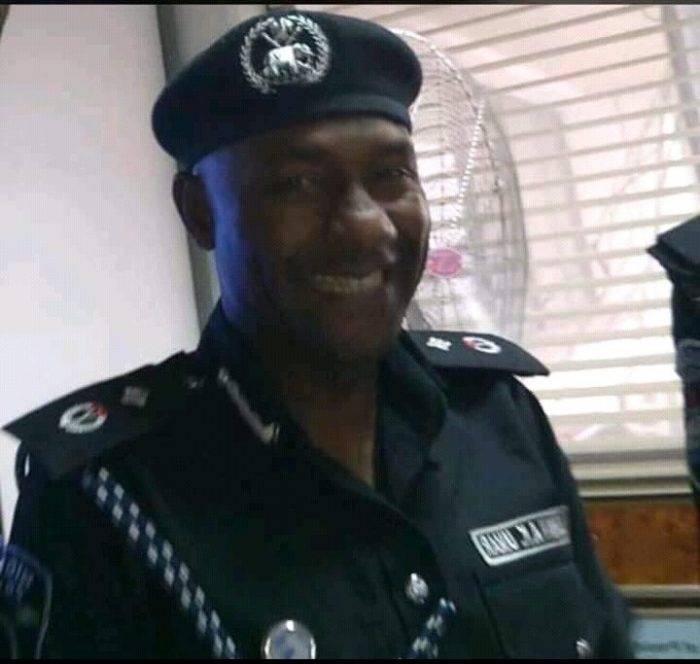 DCP Usman Umar
The Police on Monday confirmed the death of Mr Usman Umar, a Deputy Commissioner of Police, in the violent protest by members of the Shiites movement in Abuja.
In a statement by Force Spokesman, DCP Frank Mba, in Abuja, he said that two other officers and a Channels’ Television Reporter were injured in the incident.
He said that 54 suspects had been arrested in connection to the protest that involved no fewer than 3, 000 members of the group, protesting the continued detention of their leader, El-Zakzakky.
Mba disclosed that the protest took place within the Central Business District of Abuja, with the heavily armed protesters defying all “sense of decency and violently attacked innocent citizens and police personnel on duty’’.
“In the process, the Deputy Commissioner of Police in charge of Operations, FCT Command, DCP Usman A.K Umar, was shot and fatally injured by the protesters.
“The officer who was immediately rushed to the hospital died moments later while receiving treatment. Two Assistant Superintendents of Police and a Staff of Channels Television sustained serious injuries and are currently receiving treatment,” he said.
According to him, the violent protesters also razed down a National Emergency Management Agency (NEMA) Response Post with two vehicles close to the Federal Secretariat, Abuja.
He said the 54 suspects arrested in connection with the protest were undergoing interrogation and would be arraigned as soon as possible.
Mba said that the Inspector-General of Police (IGP) had commiserated with the family of the late DCP and condemned the incident, warning that “Enough-is-Enough”.
He said that the IGP had warned that the Force and the nation would not continue to suffer losses on account of reckless and lawless persons and groups in the society.
Earlier, the Police had on its twitter handle said that normalcy had returned to the FCT after the violent protest by members of the group.
It said the protest by the group had been brought under control and called on the public to remain calm.
It said that the areas earlier affected by the protest were Central Business District and the three Arms Zone.
Top Stories