Reactions have begun to trail the non-inclusion of some popular names in the new ministerial list of President Muhammadu Buhari. 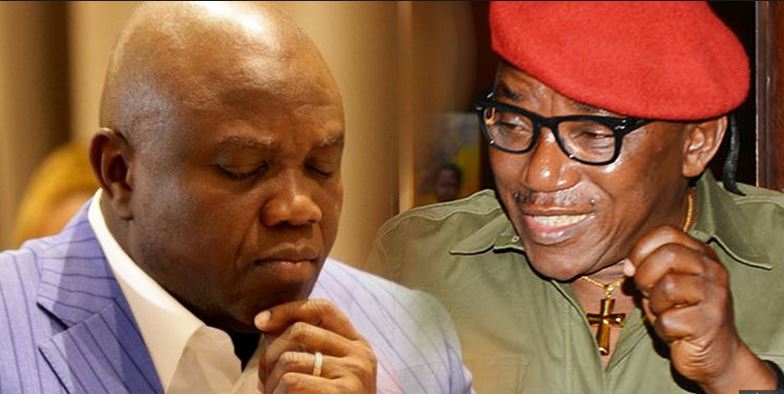 Ambode and Dalung
The immediate past Governor of Lagos State, Akinwunmi Ambode; and the last Minister of Sports, Solomon Dalung, have been trending on Twitter following their failure to make the ministerial list of President Muhammadu Buhari.

Ambode, who was governor from 2015 to 2019 was rumoured to be among those being considered for appointment.

The former governor, who fell out with the leadership of the All Progressives Congress in Lagos State was vehemently opposed by the party last year which led to his defeat by Babajide Sanwo-Olu at the primary.

Ambode was said to have been considered for a ministerial appointment to the chagrin of the APC chieftain, Bola Tinubu.
With the release of the new list, however, Ambode’s name was conspicuously missing, causing thousands of reactions on social media.

Adebayo Akintunde said on Twitter that it was funny that despite the fact that Ambode accompanied Buhari on almost every state during the campaigns, Buhari did not deem him worthy for an appointment.

Akintunde tweeted, “I am pained. So on top all the waka wey (sic) Ambode follow Buhari do for the campaigns, local man didn’t make the list. Aiye ma ni ika o.”

@Jayohwhy tweeted, “The list is quite interesting.  Buhari is no different from Jonathan. It is based on reward for delivering wards in the last election. But the omission of Ambode shows Tinubu is a force. All indications were that baba would appoint him against Tinubu’s wish.”

Meanwhile, former minister, Dalung, has also been trending for failing to make the list.

Dalung, who hails from Plateau State, had boasted last month that no man born of a woman could stop him from being re-appointed as minister except God himself was against his return.

Speaking with The PUNCH last month, he said, “No, there is nobody born of a woman that can stop my appointment if God wants it to be. I am not carried away by such sentiments.”

Popular sports journalist, Temisan okomi, tweeted sarcastically, “Please. I’ve gone through the list three times and I didn’t see Solomon Dalung inside. Maybe it’s old age, but can you help me confirm? God bless you as you give me positive news.”

Najib Nuhu Maiwada tweeted, “Any list without Dalung is a step-up from 2015. Father Lord we thank you!!”
Top Stories