Debts owed by students being sponsored by the Kano State government has been settled by the incumbent governor. 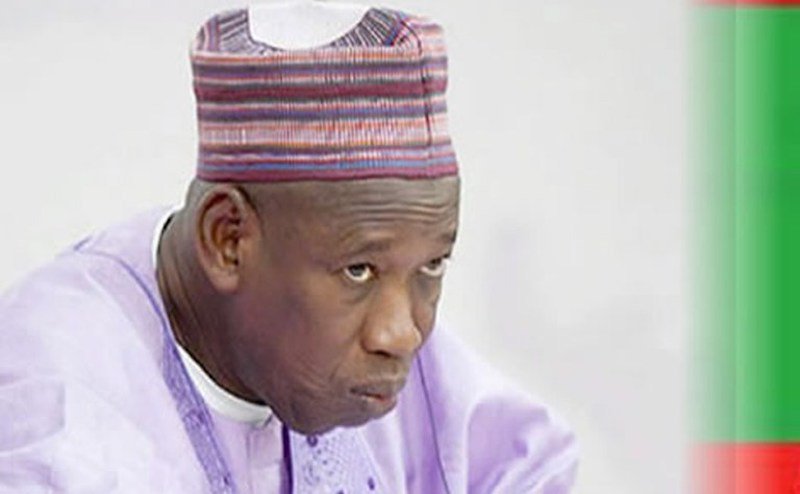 Governor Abdullahi Ganduje
Kano State Government said it had settled over N2 billion outstanding fees of its students in El-Razi University in Sudan,
The debt according to the the state government was incurred by the administration of ex-governor Rabiu Kwankwaso.
Gov. Abdullahi Ganduje made the disclosure when he received the Chairman Board of Trustees of the University, Prof. Ibrahim Ghandour on Tuesday in Kano.
“My government inherited students from the previous administration with a lot of money to be paid.
“And through good mediation between the University and Kano State, we were able to settle this amount so that our students will complete their studies,” he stated.
Ganduje who was represented by his deputy, Dr. Nasiru Gawuna disclosed that his administration had paid almost 80% of all the fees of its students in India, Egypg and Cyprus, which were also inherited from the previous administration.
The governor added that the administration recently paid over N300 million to Cyprus University to enable students sponsored by the state to complete their programmes.‎
He berated individuals politicizing the issue of education in the state, saying such attitude would not in any way benefit the state or the country.
“What it entails is not the issue of politicizing any aspect of education,  whoever has to be a critic, has to be positive in his criticisms as nobody is perfect. Now that we are patient enough, we have paid the money,” he added.‎
While appreciating the cordial relationship between Sudan and Nigeria, Ganduje assured the management of El-Razi University that Kano state students would continue to be found worthy in learning and character.
On the Doctorate Degree awarded to him by the University, the governor said the honour was to all the people of Kano state.
Earlier,  Ghandour said they were in Kano to express their appreciation over the mutual relationship that exists between the two over the years.
” We are purposely here to present the University request to offer His Excellency a Doctorate Degree.
“El-Razi University is now 23 years old, graduated batches from Medicine,  Pharmacy, but this is the best Doctorate Degree offered to any personality either nationally personality ” he explained.
He said the award would be presented on Aug. 26, 2019.
-NAN
Top Stories