The Netherlands International failed to deal with an inswinging corner and this has got him trending online. 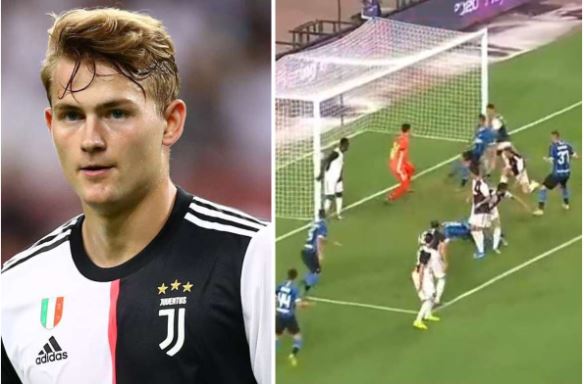 Matthijs de Ligt  and the scene of the incident
Matthijs de Ligt suffered the embarrassment of scoring an own goal in his first start for Juventus, after he made his debut against Tottenham.
De Ligt made his first start for his new employers against Inter Milan in the International Champions Cup on Wednesday and, well, he got off to the worst possible start.
The Netherlands International failed to deal with an in-swinging corner and ended up scoring an own goal after sticking out a leg. 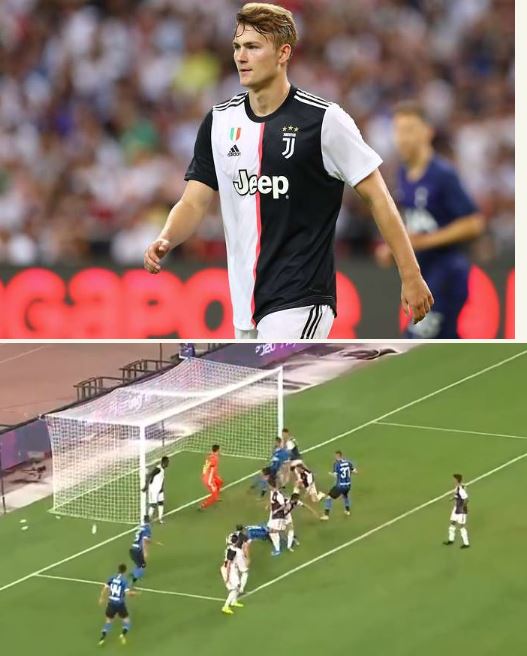 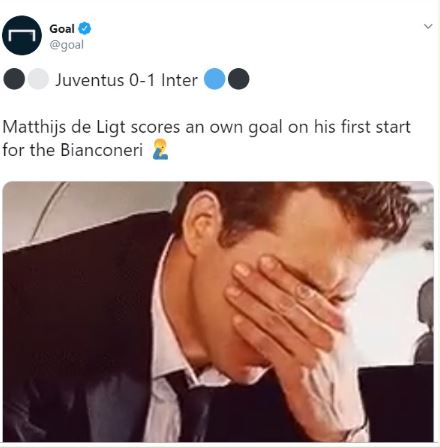