He stated that measures were being taken to prevent further of the occurrence of the ugly development in the near future. 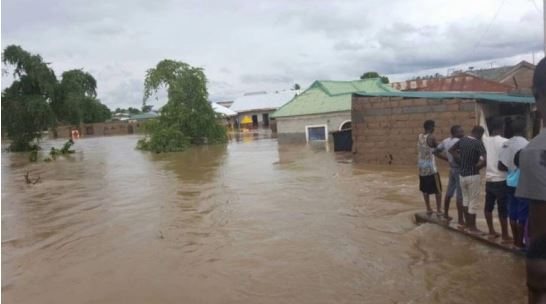 File Photo
No few than four people were killed by flood and windstorms, while estimated 3, 201 others were seriously affected by the disaster in 21 communities of six local governments areas of Zamfara State.
This was disclosed to DAILY POST by the Executive Secretary, Zamfara State Emergency Management Agency ZEMA, Eng. Sunusi Muhammad Kwatarkwashi.
Kwatakwashi explained that four persons were killed in the disaster; including a policeman and an army officer from the 6th of June to 17th July this year.
The executive secretary noted that properties worth millions of naira were destroyed in the 21 communities, stressing that the affected local governments were Talatar Mafara, Bungudu, Maru, Anka and Gusau local governments Areas of the state.
He stated that measures were being taken to prevent further of the occurrence of the ugly development in the near future.
The ZEMA boss urged the people of the state to desist from building houses on waterways and clean up water drainages to complement government efforts in saving the lives and properties of the people.
Top Stories