The motion was brought under matters of Urgent Public Importance by Ibrahim Olanrewaju, a representative from Ekiti State, where Aluko hails from. 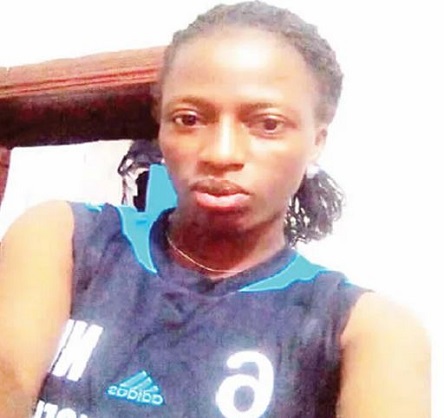 Bidemi Aluko
Nine days after The PUNCH‘s report on ailing former Falconets goalkeeper Bidemi Aluko, the House of Representatives has asked the Federal Ministry of Youths and Sports Development to take care of her medical bills.

The PUNCH had on June 24 reported that Aluko was down with breast cancer in 2017 while playing for Rivers Angels in the Nigerian Women’s Premier League.

The retired keeper said the ailment forced her to quit football.

On Wednesday, the Green Chamber of the National Assembly, following a unanimous adoption of a motion during plenary, also asked the ministry to seek better medical attention for Aluko in India or Israel.

The motion was brought under matters of Urgent Public Importance by Ibrahim Olanrewaju, a representative from Ekiti State, where Aluko hails from.

The lawmaker warned that if urgent medical attention was not given to Aluko within the shortest possible time, her health might deteriorate and lead to her untimely death.

He said, “Bidemi once played football for Sunshine Queens of Akure and the FCT Queens of Abuja as a goalkeeper and helped one of the clubs to the third position in the Women’s National League in 2009.

“She was also part of the Nigerian under-17 women’s football team popularly known as the Flamingoes in 2010. Bidemi went on to be among the 25 players known as the Falconets, who represented Nigeria in South Korea.

“She underwent mastectomy on her left breast and has since then undergone eight rounds of chemotherapy. Bidemi also had 12 rounds of radiation treatment, costing her family millions of naira in the process.

“After all these treatments, Bidemi started to feel pains and her doctor has recommended another higher chemotherapy treatment.

“The painful aspect of it all now is the fact that she and her family do not have the financial capacity to shoulder the financial burden of the said medical attention.’’

When contacted, Bidemi hailed the lawmakers for their support, saying, “This is amazing. I cant’t believe that this is happening. Thank God.”
Top Stories