How Musician, Zinquest Was Shot And Left To Die Like An Animal By Police Officers In Ogun State (Photo)


Details have emerged of how a musician was shot dead after being wrongfully arrested by police in Ogun state. 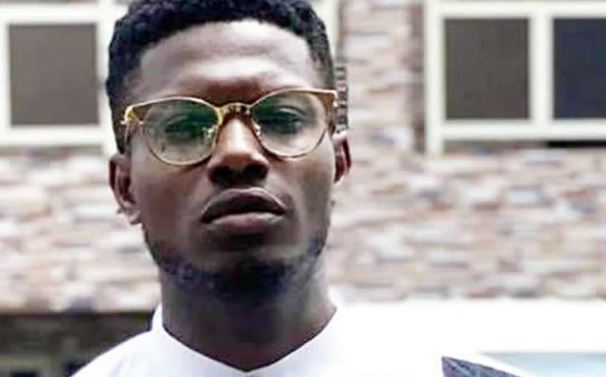 Chinedu Obi
Tragedy befell the family of musician, Chinedu Obi, aka Zinquest after the personnel of the Ogun State Police Command shot him in the Sango area of the state.
It was gathered that trouble started after police personnel accosted him for having tattoos on his body, while he was protesting his arrest, the men of the Sango Area Command gunned him down on Friday, July 19, 2019.
According to Punch, the musician, who was still alive after being shot, was accused of destroying the windscreens of over 17 vehicles parked on the premises of the area command while protesting his arrest.
Footage making the rounds on social media showed the Delta State indigene lying in a pool of blood as he requested to contact his parents, but the people who gathered around him, instead of taking him to hospital for treatment, were condemning him for destroying the vehicle windscreens.
A close friend of the deceased said on his Instagram handle, @therevolution_is_here, “They (police) never took him to hospital, neither did they communicate or allow Obi to communicate with any member of his family. Instead, they were taking pictures, making videos and ridiculing him until he bled to death.”
The close friend, who stated that Obi had visited one Adio Sodiq in the area when he was arrested, said his death became public knowledge three days after he was shot.
He added that the police refused to release Obi’s remains because of the damaged vehicles.
The close friend’s statement read in part, “The police claimed that he found an axe, which he used in destroying the windscreens of several vehicles parked on the premises of the station. He was killed in cold blood by law enforcement officers of the Sango Area Division.

“He died there and the video was leaked on social media three days after the incident happened. Meanwhile, the family sent lawyers there the same day that the video was released; but the police told the lawyers that Obi’s remains won’t be released until they pay for the damaged vehicles. Obi had some psychological stress but never deserved to be killed or left to die like an animal. These brutal killers must be dealt with.”
Obi’s death has sparked condemnation on social media with many users criticising the police for deliberately neutralising the victim.
They are also asking for justice for the deceased musician and calling for the prosecution of the officers involved in his arrest and shooting.
An Instagram user with the handle, @04ma123, said, “The protest (by Obi) was too much, but he didn’t deserve to be watched to bleed to death.”
Another user with the handle, @adammeemmeada, asked, “What happened to restraining and letting him face trial or pay for the damages?”
@bankyhunter, who also condemned the policemen for Obi’s death, said the use of non-lethal weapon should have been explored to disarm the victim.
He wrote, “This disproportionate use of force should be checked. They watched him as he suffered a mental breakdown, possibly from torture, he kept breaking windscreens and they couldn’t stop him until he was shot in cold blood. The trigger-happy men should be brought to justice as well as all of them that aided (the policemen) or stood by doing nothing.”
The owner of the Instagram handle, @kynxgrivo, said he “heard a policeman telling him (Obi) that God will punish his father when the young man demanded to call his dad before he died.”
When contacted, the state Police Public Relations Officer, Abimbola Oyeyemi, said Obi was arrested because a complaint was made against him, adding that during interrogation, he picked up an axe and destroyed 17 vehicles parked on the premises of the police station.
He stated that the deceased attempted to attack an armed policeman and was shot in the leg, adding that he was rushed to the Ifo General Hospital, where he died.
Oyeyemi said, “What happened was that the guy (Obi) was arrested for a case of assault occasioning harm. He fought someone and injured the person, so the person lodged a complaint against him and he was arrested.
“While they were interrogating him, he stood up suddenly and took the axe recovered as an exhibit and started chasing policemen round the station. From there, he broke the windscreens of about 17 vehicles with the axe.
“He started chasing the officer, who was armed, with the axe and that officer shot him in the leg to demobilise him. He was immediately taken to the Ifo General Hospital, where he died. A police officer is justified to use firearm if his life is in danger and when there is no other means of protecting himself.
“Would they be looking at him and allow him to axe people down in the station?  So, those people saying the police watched him till he bled to death are fabricating lies. We have eyewitnesses, including civilians, who are ready to testify about what happened that day.”
Top Stories