World famous football stars including Messi and Suarez have been spotted partying hard in Spain. 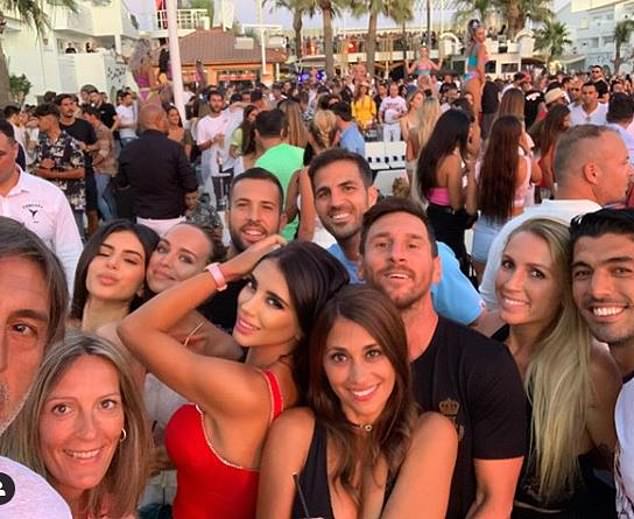 Cesc Fabregas' wife Daniella Semaan (centre left) posted this picture alongside Lionel Messi's wife Antonella Roccuzzo (centre right),
with Messi to her right, Fabregas and Jordi Alba behind and Luis Suarez alongside his wife Sofia Balbi on the far right

Lionel Messi, Luis Suarez, Jordi Alba and former Barcelona team-mate Cesc Fabregas enjoyed letting their hair down in Ibiza alongside their wives and girlfriends ahead of the upcoming season.
With the new campaign fast approaching, the Barcelona trio and Monaco midfielder posed for a photo together at Ushuaia Ibiza Beach Hotel. 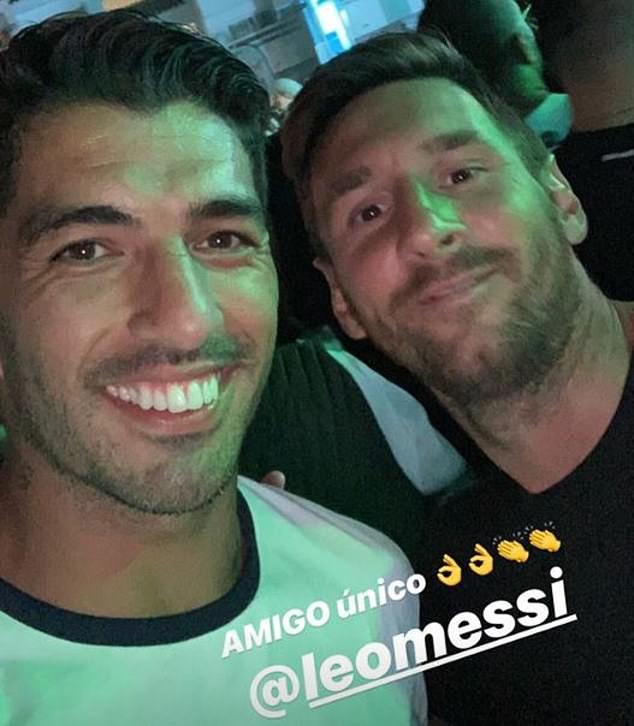 Clearly Fabregas still has strong friendships with the Barcelona trio having played at the Nou Camp for three years before joining Chelsea and then Monaco.

There appeared to be hundreds of revellers in the late afternoon sun as they partied at the resort's Mucho Ibiza evening - Ibiza's first major open-air Latin event. 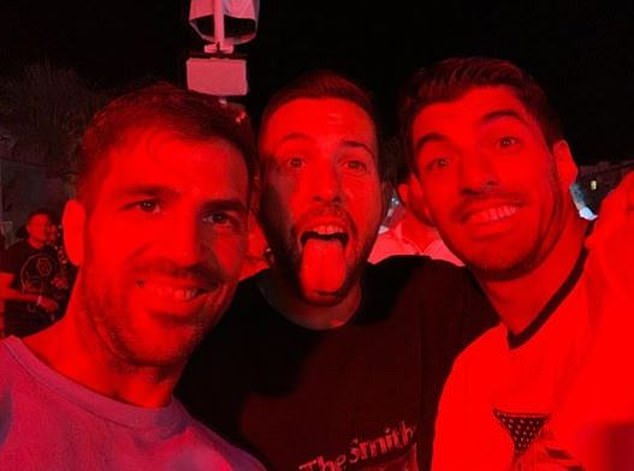 Alba seemed slightly worse for wear in this snap Suarez posted on his Instagram story
Suarez also shared an update on his social media, posting one photo of himself and Messi and another with Alba and Fabregas as the party continued into the night.

The Uruguayan and Messi are enjoying the last few days of their summer holidays following their exploits in the Copa America before reporting for duty with Ernesto Valverde's side.

Jordi Alba has been in the thick of pre-season and played in the latest friendly, a 2-0 victory over Vissel Kobe.
***
Source: Daily Mail UK
Top Stories