A couple of amorous snakes managed to crack the ceiling of an Aussie home with their combined weight during sex. 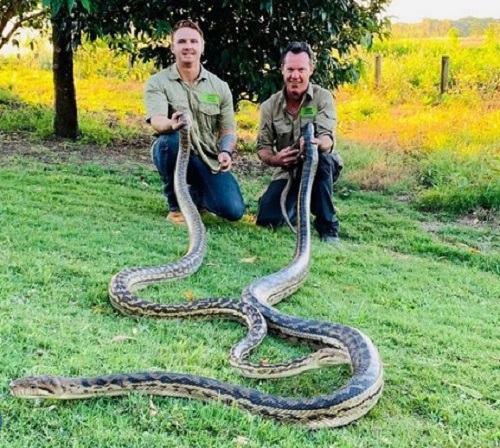 A Cairns couple received the shock of their lives when they looked up to find the ceiling flex and crack under the weight of two monster pythons in the throes of passion.

The amorous pair managed to slither their way into the roof cavity of a White Rock home to do the deed on Friday – to the horror of its occupants.

The weight of each amethystine python, also referred to as scrub pythons, is estimated about 20kgs each. Their size, combined with their rigorous activity, caused the ceiling to crash down underneath them and the lovers plummeted to the study below.

Matt Hagan and Jason Legg, of Cairns Snake Catcher, were called to the home, reporting that each of the serpents measured between four and five metres long. 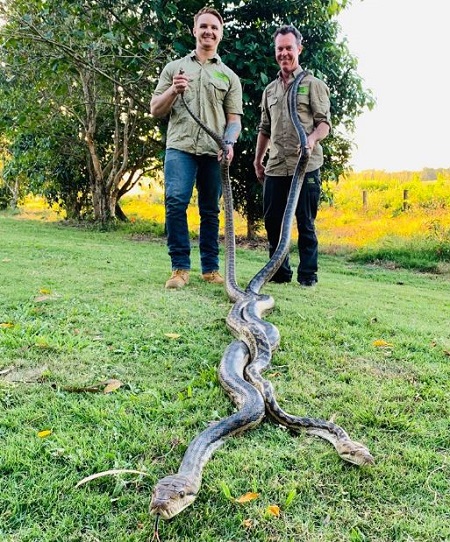 “Extracting this dynamic duo was no easy feat and ultimately resulted in the ceiling giving way as these snakes made a particularly dramatic entry into the office!” the snake catchers wrote on Facebook on Sunday.

They shared pictures of the frisky pair, joking that snake breeding season was “off with a BANG”.

"If you are lucky enough to host a scrub python party in your roof space this breeding season (end of July to late September) it can get pretty wild as males fight each other to impress females,” they warned.

“Occasionally these interactions can result in strange smells wafting through different rooms, and even structural damage to your house in the form or ceiling stains or cracks.”
Top Stories