The ongoing ministerial screening has been described by Senator Dino Melaye as beautiful nonsense. 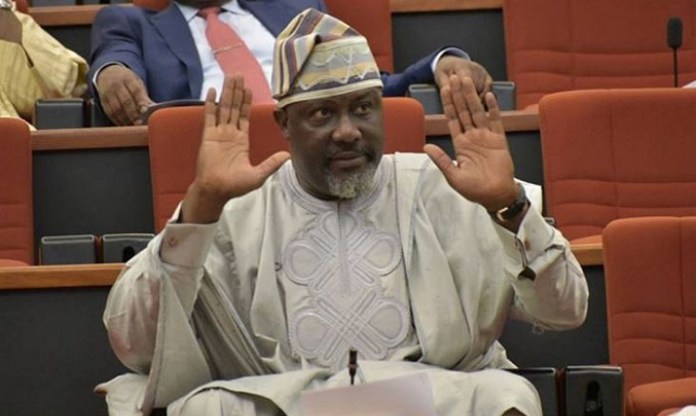 Dino Melaye
Dino Melaye, senator representing Kogi west, says the non-submission of portfolios with the list of ministerial nominees has made the screening “a beautiful nonsense”.
Speaking when he appeared on Channels TV, Melaye said Nigerians are unhappy with the ongoing screening at the senate.
The senate has been widely criticised for asking many nominees to “take a bow and go” rather than grill them ahead of their inauguration.
Melaye said the current approach by the senate has turned the exercise into “more of an adoption than a screening”.
“I will tell you categorically that Nigerians are not happy especially with the way the proceedings of the screening have been conducted and I can tell you this without fear or favour,” he said.
“But I want to say that we are talking to ourselves in the senate and as the days go by, it will get better… I do not have powers to nominate ministers but the reason why we have this problem is because the president did not yield to the request of some of us from the national assembly to submit the names of his ministers with their portfolios, so we are actually shooting from the dark.
“It would be better if the president was submitting the names of the ministers with their portfolios so that we know their area of competence and we can ask them questions within the jurisdiction where they are going to serve.
“But if a man is going to be minister of labour and productivity and you are asking him questions that have to do with health or law reforms, then automatically, that exercise is a beautiful nonsense.
“I want to advise and I still instill that for the betterment of service to the country, and for us to have quality screening, the president should submit the names of the ministers with portfolios then we can now properly screen them.
“My advice to the senate is that we should screen these ministers in committees so this will not delay other activities of plenary. Going forward, that should be the approach. But for this approach of everyone coming and three to four people asking questions and the sentiment of bow and go, and some senators trying to play to the gallery or trying to show support is very not fruitful.”
Top Stories