Henceforth, Shiite Members Will Be Treated Like Terrorists - IG of Police


The Inspector-General of Police has said that following the proscription of Shiites, they will be treated as terrorists. 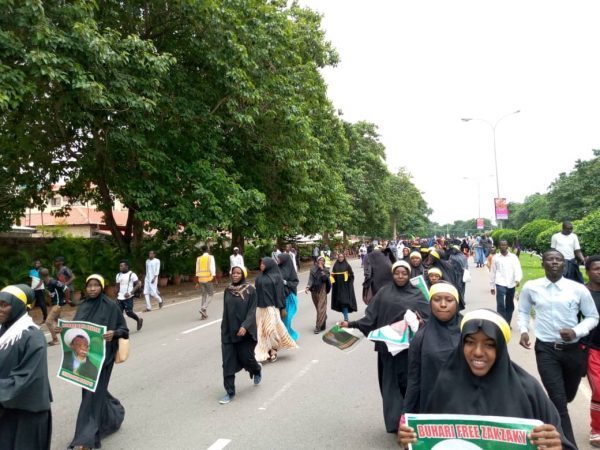 Shiites
Following the proscription of the Islamic Movement in Nigeria by a Federal High Court In Abuja last Friday, the Inspector-General of Police, Mohammed Adamu, has ordered the arrest of the members and their leaders nationwide, a report by Punch has revealed.
He stated that the Shi’ites “will be treated like terrorists and enemies of state,” and prosecuted under the Terrorism Act, including anyone associating with them in any way that could advance their activities in the country.
Speaking at the monthly conference with senior police officers in Abuja on Tuesday, the IG stated that “all forms of procession or protest by IMN is now illegal and thus banned.”
Details later.
Top Stories